Fight breaks out at dance competition at Leesburg High School

A dance competition that got out of control at Leesburg High School last month has prompted an investigation. Leesburg police officers say a group not affiliated with the Lake County School District was using the space when a fight allegedly broke out. Authorities say a security officer pulled out a gun as part of crowd control.

LEESBURG, Fla. - An event held at Leesburg High School last month could result in charges for the people who were hired to protect those attending the event.

“The information that we initially received was that there was a shooting at the school so obviously our response was en masse,” said Captain Joe Iozzi, with the Leesburg Police Department. 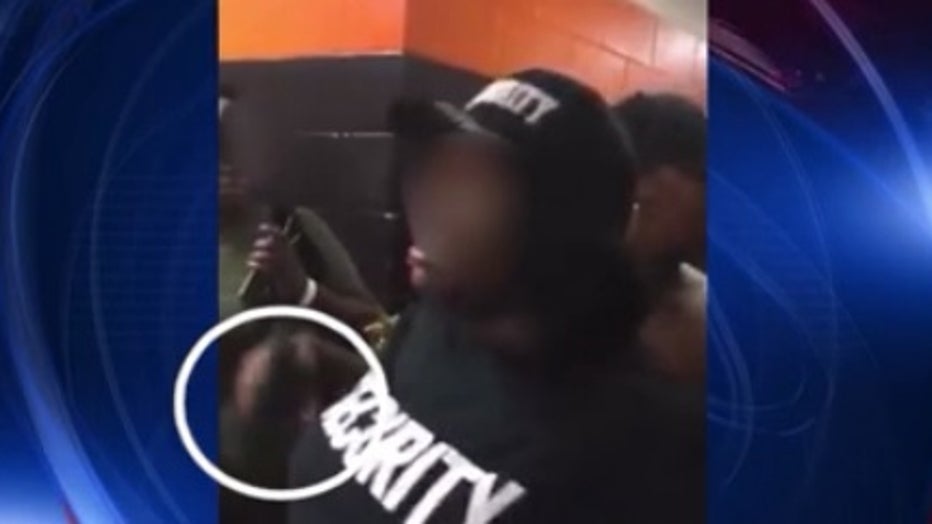 Leesburg police said a group not affiliated with the Lake County School District used space at the high school for a dance competition.

Police said a video posted to social media shows a disturbance when one group was disqualified from the competition.

Another part of video shows what appears to be a fight between some of the people at the event.

“There was security that was on site,” Iozzi said. “At some point, one of the security officers drew a firearm. There were also some firecrackers that someone had thrown out during the altercation and that led people to believe there was gunfire, which it was later determined there wasn’t.”

The video from inside the school shows a woman wearing a security shirt holding a gun.

Leesburg police said charges could be filed against some of the people working security at the event as early as Tuesday.

The case is still being investigated and is under review by the State Attorney’s Office.

FOX 35 did also speak with a spokesperson from Lake County Public Schools to see if the district plans on making any changes following this incident.

The spokesperson said that staff is evaluating its facility-use policy and is considering recommending possible changes to the board.