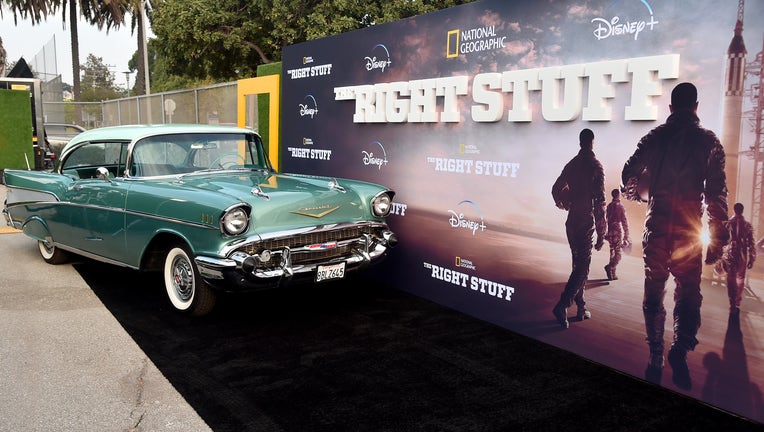 SANTA MONICA, CALIFORNIA - OCTOBER 05: A view of the atmosphere is seen at the world premiere screening of National Geographic’s THE RIGHT STUFF at the Disney+ Drive-In Festival at the Barker Hangar in Santa Monica, CA on October 5, 2020. (Photo by A

Orlando, FL(FOX 35 Orlando) - Despite the pandemic, the Central Florida film industry is still attracting movie and television productions. And with a new series out, they say it will only get better.

As The Right Stuff streams on Disney+, the local industry is reeling with excitement.

Space Coast Office of Tourism, Film Commissioner Meagan Happel explains,  "It’s an absolute thrill to have the Space Coast on TV nationwide. Especially on something as well respected as Disney Plus."

Orlando Film Commissioner Sheena Fowler says the movie was shot before the pandemic hit. But many commercial productions continue to film with safety protocols.

"We completely transformed the number of people in one place at one time."

Since the pandemic back in March, she says there's been plenty of business.

"We’ve had dozens of high profile projects that have come through the community."

Fowler says there aren't any tax incentives, but having local talent, as well as studio resources from Full Sail University, Rollins College and the University of Central Florida is also a plus.

"Orlando has a deep infrastructure of production. We’ve got talent, we’ve got rental houses, we’ve got actors."

Fowler says, during the 185-day production of The Right Stuff, they hired 600 locals and reserved 7,500 hotel rooms, stimulating the economy.

Happel says,  "We’re really hoping that The Right Stuff on Disney Plus, will inspire people to come to the Space Coast."

Next year, another major movie is being planned, that’s just out of his world! NASA tweeting the big news.

"Tom Cruise is actually coming here to film the first movie in space. He will be launching from a SpaceX rocket," Happel says.

Just another boost to the film industry.