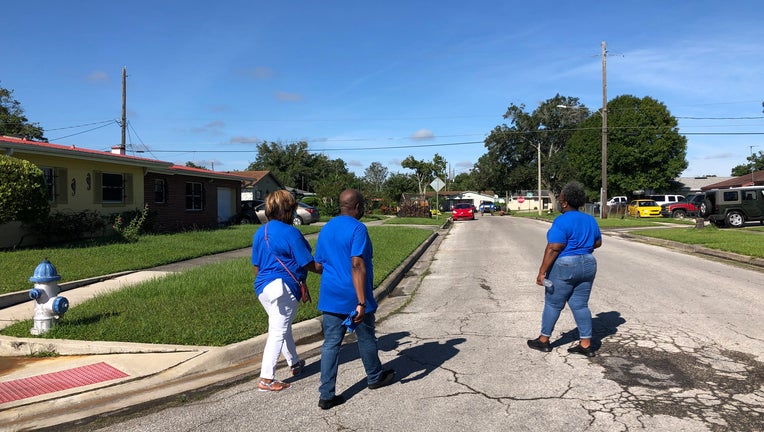 Luqman Abdush-Shihad, a local imam, joined the effort to get his neighbors to fill out the forms.

“We wanted to be a part of this,” Shahid said, “We're going from door to door passing out these particular leaflets.”

All morning and early afternoon, workers had kiosks set up at the nearby James R. Smith Community Center for people in the community to walk over and fill out their census information.

“Those numbers bring resources to the community,” Shahid said, “if we have fewer numbers, it's fewer resources.”

“District 6 and parts of District 5 have been underrepresented, historically. We want to be aggressive on the importance of filling out the census.”

Burns said the money helps all parts of the district.

Residents say they were happy to see volunteers getting the word out.

The census deadline is September 30. Burns is trying to keep the census kiosks open at the Smith Center until the end of the month.