ORLANDO, Fla. (AP) - Ending the 2020 census at the end of September instead of the end of October, could cost Florida and Montana congressional seats. It could also result in Texas, Florida, Arizona, Georgia, and North Carolina losing $500 million annually in federal funding for healthcare for its neediest residents, according a report released Thursday.

Scenarios modeled by statisticians Jonathan Auerbach and Steve Pierson showed that if the once-a-decade head count of every U.S. resident ends in September, without an extra month, California, Ohio, or Idaho could gain congressional seats, while Florida or Montana could lose seats they otherwise might have gotten.

The five southern and western states also would lose a half billion dollars in Medicaid annually, the statisticians said.

Their report said a deadline extension also could improve the quality of the demographic data in the census. The study by Auerbach, a Columbia University statistician, and Pierson, director of science policy at the American Statistical Association, was posted online by the association.

A federal judge in San Jose is considering whether to let the 2020 census end in two weeks or have it continue through the end of next month.

Government attorneys have argued that the census must finish by the end of September to meet a Dec. 31 deadline for turning over numbers used for deciding how many congressional seats each state gets in a process known as apportionment. A coalition of cities, counties and civil rights groups say the 2020 census should be extended an extra month into October so that minority communities aren’t overlooked, leading to an inaccurate count. 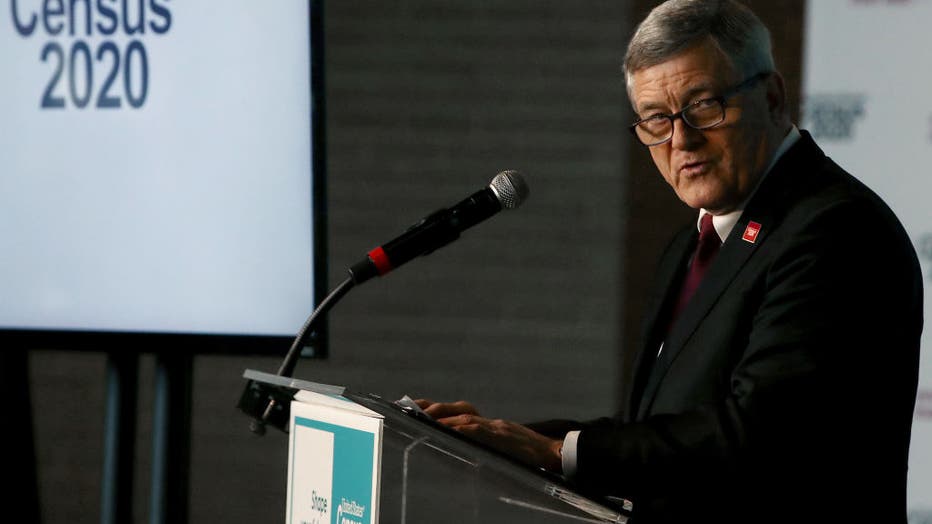 FILE - Steven Dillingham, director of the Census Bureau, speaks while unveiling the advertising outreach campaign for the 2020 Census, on January 14, 2020 in Washington, DC. (territories as the federal government conducts its once every decade population. (Photo by Mark Wilson/Getty Images)

“While the exact winners and losers vary depending on assumptions of ongoing Census activities, our estimates indicate significant consequences to an early cessation of data collection operations," Pierson said in an email. “Conversely, we find apportionment and federal funding determined by decennial census data would better reflect the U.S. population if the deadline were extended."

During a news conference in Arizona on Thursday, Census Bureau director Steven Dillingham said the statistical agency was prepared to comply with any changes made by the courts or Congress, but otherwise the census was aiming for an end-of-the month finish.

“We see the finish line. We are motivated,” Dillingham said in Phoenix.

Supporters of an extension say the extra time is needed to make up for hurdles from the pandemic, wildfires in the West and hurricanes along the Gulf Coast. Besides determining how many congressional seats each state gets, the census helps determine the distribution of $1.5 trillion in federal spending annually.

This week, a bipartisan group of lawmakers introduced a bill to extend the head count through October and push back the deadline for turning over apportionment numbers from the end of December to the end of next April.

The Democratic-controlled House passed a similar measure in coronavirus-relief legislation this summer, but the Republican-controlled Senate failed to act on it. The inaction in the Senate coincided with a directive from President Donald Trump that tried to exclude people in the country illegally from the numbers used for apportionment. Last week, a three-judge panel in New York blocked the directive, saying it was unlawful.

Government attorneys late Wednesday asked the judges to suspend their order while their ruling is appealed to the U.S. Supreme Court. The order prohibits Commerce Secretary Wilbur Ross, whose agency oversees the U.S. Census Bureau, from excluding people in the country illegally from the apportionment numbers later this year.