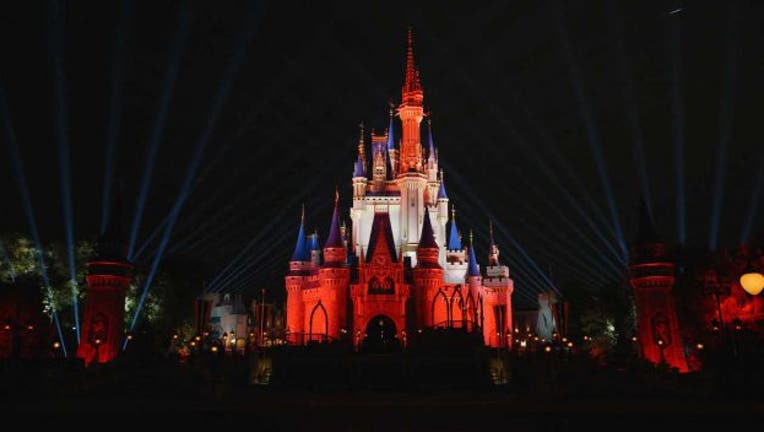 The Tampa Bay Buccaneers beat the Kansas City Chiefs 31-9 on their home field in Super Bowl LV on Sunday. The Bucs (15-5) won their second NFL title and first in 18 years while becoming the first team to play the big game at home, capping an unusual and challenging season played through the novel coronavirus.

To celebrate, Cinderella's Castle at Walt Disney World's Magic Kingdom lit up in the Buccaneers' colors and in blue for healthcare heroes.

Gronkowski will reportedly visit the parks on Monday afternoon. Plans are said to be underway for Brady, the Super Bowl LV MVP. However, Walt Disney World previously said that there will be no parade this year due to the COVID-19 pandemic.

The theme park company said it hopes to bring back the beloved traditions next year, including letting football and Disney fans see and cheer on their favorite player in the park.

Watch FOX 35 for the latest on the Super Bowl.