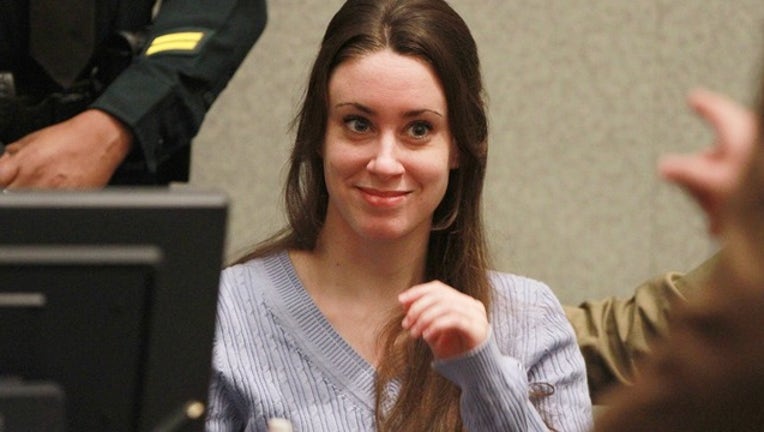 ORLANDO, Fla. - Looks like a movie about Casey Anthony’s life won’t be on the big screen any time soon.

According to PEOPLE, the movie, which was tentatively titled ‘As I Was Told,’ has been derailed due, in part, to the coronavirus pandemic.

The movie was supposed to be based on the life of Anthony, who was once branded the most-hated mother in America, the Daily Mail reported last year.

Anthony was acquitted of murder in 2011 in the death of her 2-year-old daughter, Caylee. The movie, she says, “'will make it clear that I had no part in Caylee's death as far as how she died.”

"It just hasn't really gotten off the ground," said a source, according to PEOPLE. "And then the Coronavirus became a thing and stopped any momentum that the film had. It's effectively dead."

RELATED: On this day: Caylee Anthony, the daughter of Casey Anthony, would have turned 15-years-old

Anthony was arrested in 2008 for the murder of her 2-year-old daughter Caylee.

The child was reportedly last seen June 16, 2008 — but was first reported missing by her grandmother on July 15. The following day, Anthony was arrested on charges of child neglect. She told police that the child was with a babysitter at the time of her disappearance.

Following a high-profile 2011 trial, prosecutors proved Anthony, the prime suspect, was a liar — but they couldn’t convince the jury she was a murderer. The government failed to establish how Caylee died, and they couldn't find her mother's DNA on the duct tape they said was used to suffocate her.

The jury took less than 11 hours to find Anthony not guilty of first-degree murder, aggravated manslaughter, and aggravated child abuse.

Anthony has reportedly been living in South Florida, often spotted out and about.