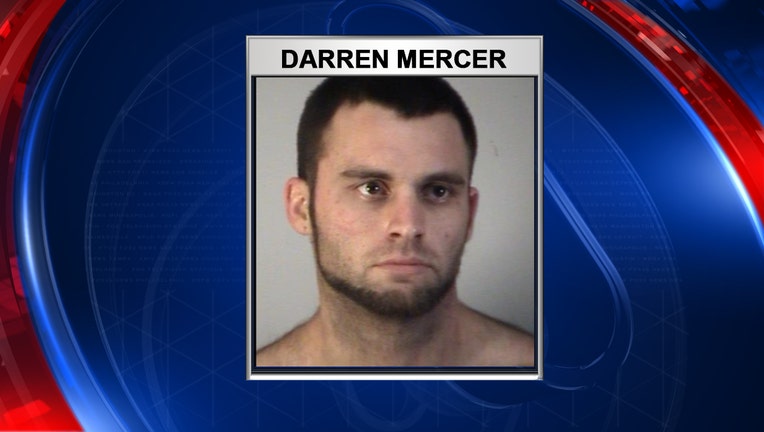 LAKE MARY, Fla. - Traffic was backed up on the Florida Turnpike in Orange County late Friday afternoon after law enforcement officers from multiple jurisdictions stopped a driver suspected of fleeing from Lake County into Orange County in a stolen vehicle.

Ranger Construction in Sorrento reported being burglarized overnight, during which time a vehicle was taken, according to the Lake County Sheriff's Office.  A Lake County deputy patrolling in Sorrento on Friday afternoon spotted the vehicle in the area of County Road 437 and attempted a traffic stop.

The driver of the flatbed Dodge, dually pulling a trailer, continued onto State Road 429. As additional deputies and other agencies began to assist, the vehicle hit stop-sticks two different times -- one set deployed by Lake deputies on SR 429, and another deployed by the Polk Sheriff’s Office after the suspect traveled on Interstate 4.

The pursuit continued to the point where the suspect, driving on rims, eventually made his way back northbound on the Turnpike where he rammed two Lake County deputies, according to the Sheriff's Office. The deputies were not injured and the pursuit finally came to an end on the Turnpike at West Colonial Drive.

Deputies arrested the driver of the vehicle, 24-year-old Darren Austin Mercer, of Eustis, on charges of burglary of a construction site, fleeing and eluding, driving while license suspended or revoked, two counts of grand theft auto, two counts of aggravated battery on a law enforcement officer, and grand theft (stolen property in the vehicle from the burglary).

Authorities say Mercer may be facing additional fleeing charges in the other jurisdictions.

This story was written out of Lake Mary, Florida with information provided by the Lake County Sheriff's Office.