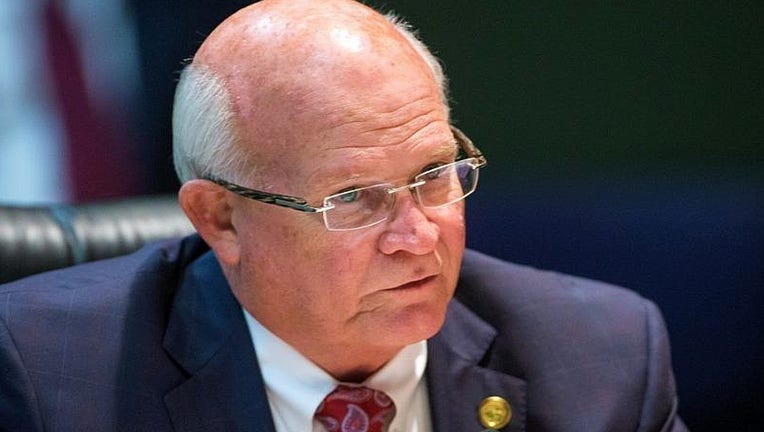 TALLAHASSEE, Fla. - Despite an outcry from opponents warning that "guaranteed" Bright Futures scholarship funding could be upended, the Senate on Thursday passed a measure that would tie aid amounts to money set aside in each year’s state budget.

The proposal (SB 86), sponsored by Sen. Dennis Baxley, R-Ocala,  passed the Republican-controlled Senate in a 22-18 vote largely along party lines.

After it emerged as one of the most controversial education bills of the legislative session, Baxley scaled back the measure. Initially, the bill sought to make Bright Futures eligibility contingent on students selecting degree programs likely to lead to employment, spurring heavy opposition.

While Baxley eliminated that part of the bill, the proposal remained controversial because it would change a system that now provides scholarships to students at either 75 percent or 100 percent of the cost of tuition and fees. The bill would make funding dependent on appropriations in the annual state budget.

"Would you agree that tying the scholarship awards to the annual budget, and putting it at the mercy of future legislatures, makes it harder for Florida’s families to budget and plan for college expenses?" asked Sen. Lori Berman, D-Delray Beach, during debate on the Senate floor Wednesday.

Baxley has repeatedly argued lawmakers should not restrict future legislatures that might have to deal with tight budget years.

"You can’t bind a future legislature. Let’s put this on a pathway, so that committee that is doing the appropriating addresses what this need is. We expect this program to keep growing," Baxley told The News Service of Florida.

Senate Appropriations Chairwoman Kelli Stargel, R-Lakeland, said it is unfair to suggest the program can "never be touched."

"In the future, we need to have the opportunity to look at Bright Futures, just like we look at hospitals, the prison system, the education system. We don’t know what our future priorities are going to be," Stargel said.

Pointing to academic and community-service requirements students must meet to receive the scholarships, several Democrats questioned why lawmakers would make funding uncertain for students who have worked to meet the standards.

Proposed House and Senate spending plans would fully fund Bright Futures at more than $651 million for the next fiscal year. But opponents like Sen. Tina Polsky, D-Boca Raton, warned that removing a guarantee on scholarship funding levels could lead to Florida’s high-performing students leaving the state.

"I am concerned that many of our students, our top students, will not take us up on this scholarship and will go out of state," Polsky said.

The bill also would tie financial aid to the budget for recipients of the state’s Benacquisto Scholarship for National Merit scholars.

The measure would still require "lists" to be drawn up to inform students on job prospects related to certain degrees, though the lists would not have a bearing on the awarding of scholarships.

The state university system’s Board of Governors, the State Board of Education and Independent Colleges and Universities of Florida would be responsible for listing degrees "that they determine do not lead directly to employment."

Polsky took issue with such lists being created. She raised a concern that future legislatures could use the lists to make policy decisions similar to what was initially proposed in the bill.

"I really hope that the major listing doesn’t come back to bite us. I appreciate that students should be informed about high-paying careers versus low-paying careers relating to majors, but I just want us all to be on notice that hopefully, that’s as far as this goes," Polsky said during floor debate Thursday.

Under the measure, the university system’s Board of Governors also would be required to publish an online dashboard featuring data about issues such as post-graduation median salaries and student-loan debts in various fields of study.

Sen. Jason Brodeur, R-Sanford, said the dashboard is one reason he supports the measure.

"I have been reminded of how many times I changed my major when I was in undergrad," Brodeur said Thursday. "If I had a dashboard it would have actually helped … a little bit of the anxiety I felt at that time."

Sen. Jennifer Bradley, R-Fleming Island, and Sen. Keith Perry, R-Gainesville, joined Democrats in voting against the bill. A House version of the bill has not been filed.