"A green laser being hit at us multiple times," Pilot Brandon McIntyre told dispatch, according to surveillance video released by BCSO.

Brevard County's helicopter team was helping the Palm Bay Police Department with its search for a man who allegedly attacked a roommate when a laser beam began to flash into the cockpit. The two incidents are not connected, said Tod Goodyear, spokesperson for BCSO.

A Brevard County Sheriff's Office helicopter pilot was temporarily blinded after a laser was repeatedly pointed into the cockpit, according to BCSO. The pilot was assisting another police agency in its search for a man allegedly involved in a dispute with a roommate. A 33-year-old man was arrested and booked into jail on felony misuse of a laser light. BCSO said the pilot was evaluated and deemed OK to fly again.

The sheriff's office was able to figure out where the laser was coming from and had Palm Bay police officers make a visit. Dean Gordon Beolet, 33, was arrested and booked into jail on one count of felony misuse of a laser light.

Beolet reportedly admitted to intentionally flashing the laser into the helicopter's cockpit, according to the probable cause statement in the arrest affidavit. He was held on a $2,000 bond. 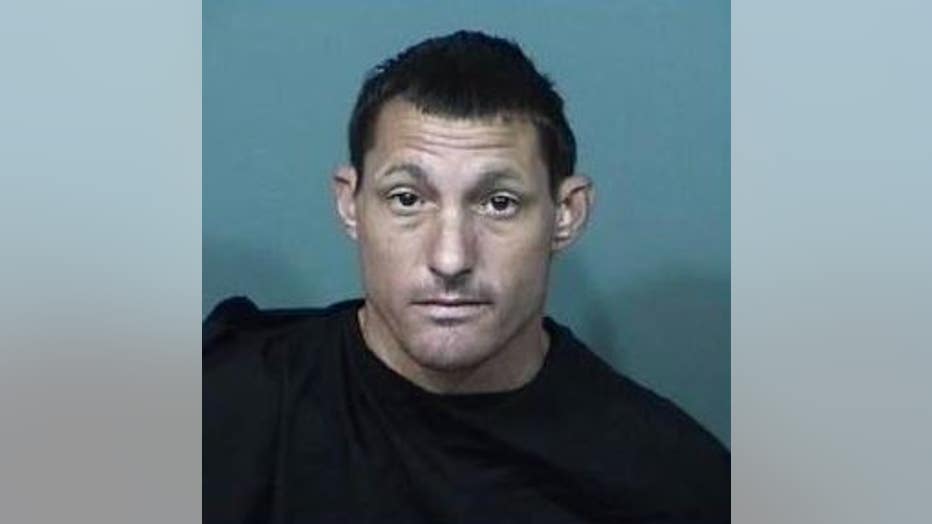 Dean Gordon Beolet, 33, was arrested and booked into jail on one count of felony misuse of a laser light/ Photo credit: Brevard County Sheriff's Office

As for McIntyre, the pilot, he was evaluated by an eye doctor and given the all clear to return to work, according to BCSO.

Palm Bay said in their latest Facebook post that the suspect they were searching for was taken into custody, but has not released further details on that incident. The roommate who was injured was taken to the hospital and was considered to be in stable condition.