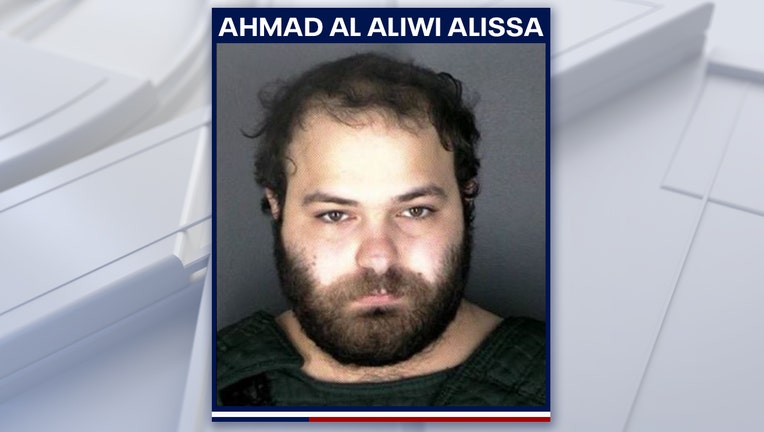 BOULDER, Colo. - The suspected gunman who killed 10 people in a mass shooting at a Boulder, Colorado, grocery store this week was previously known to the FBI, according to a report.

Ahmad Al Aliwi Alissa, a 21-year-old from the Denver suburb of Arvada, was linked to another individual under investigation by the bureau, The New York Times reported Tuesday, citing law enforcement officials. No further details were reported.

Boulder police identified Alissa as the shooting suspect earlier Tuesday. He has been charged with 10 counts of first-degree murder and booked into the Boulder County Jail.

Alissa had bought an AR-15-style rifle on March 16, six days before 10 people, including a police officer, were gunned down Monday at a King Soopers grocery in Boulder, according to an arrest affidavit. It was not immediately known where the suspect purchased the weapon.

After the shooting, a woman who identified herself as the sister-in-law of Alissa, told police she saw him "playing" with a gun that looked like a "machine gun" and took it away from him two days before the deadly rampage, the affidavit said.

Investigators have not established a motive for the attack, said Boulder County District Attorney Michael Dougherty.

Law enforcement and a former high school wrestling teammate have described Alissa as someone prone to sudden rage.

When he was a high school senior in 2018, Alissa was found guilty of assaulting a fellow student in class, according to a police affidavit.

Alissa "got up in classroom, walked over to the victim & ‘cold cocked’ him in the head," the affidavit read. Alissa complained that the student had made fun of him and called him "racial names" weeks earlier. An Arvada police report on the incident said the victim was bloodied and vomiting after the assault. Alissa was suspended from school and sentenced to probation and community service.

Angel Hernandez, a former high school wrestling teammate, said Alissa got enraged after losing a match in practice once, yelling he would kill everyone. Hernandez said the coach kicked Alissa off the team for the outburst.

"He was one of those guys with a short fuse," Hernandez told The Associated Press. "Once he gets mad, it’s like something takes over and it’s not him. There is no stopping him at that point."

A law enforcement official briefed on the shooting said the suspect’s family told investigators they believed Alissa was suffering some type of mental illness, including delusions.

Relatives described times when Alissa told them people were following or chasing him, which they said may have contributed to the violence, the official said.

Hernandez said Alissa also would act strangely sometimes, turning around suddenly or glancing over his shoulder. "He would say, ‘Did you see that? Did you see that?’" Hernandez recalled. "We wouldn’t see anything. We always thought he was messing with us."