A detective is no longer with the Wildwood Police Department after body camera video shows he points a gun a suspect's head.

WILDWOOD, Fla. - Body camera video from last year appears to show a former Wildwood Police detective point a gun at a suspect's head during an arrest.

Wildwood Police said that officer is Chris Smalt.  The video was taken from a body cam worn by a Marion County deputy after a chase involving an aggravated battery suspect.

“If you look at the video, Marion County deputies had the suspect on the ground,” Wildwood Police Department Chief Randy Parmer said. “He was being compliant and then you see Officer Smalt come into the picture.”

Chief Parmer tells FOX 35 News his department found out about this incident while they were investigating another that happened on the same day. Where Detective Smalt allegedly fired a shot during the pursuit, you can hear Smalt discussing the shot in the video.

The warning shot, the Chief said, is against department policy. An internal investigation into the shot was done and Smalt was suspended for three days. 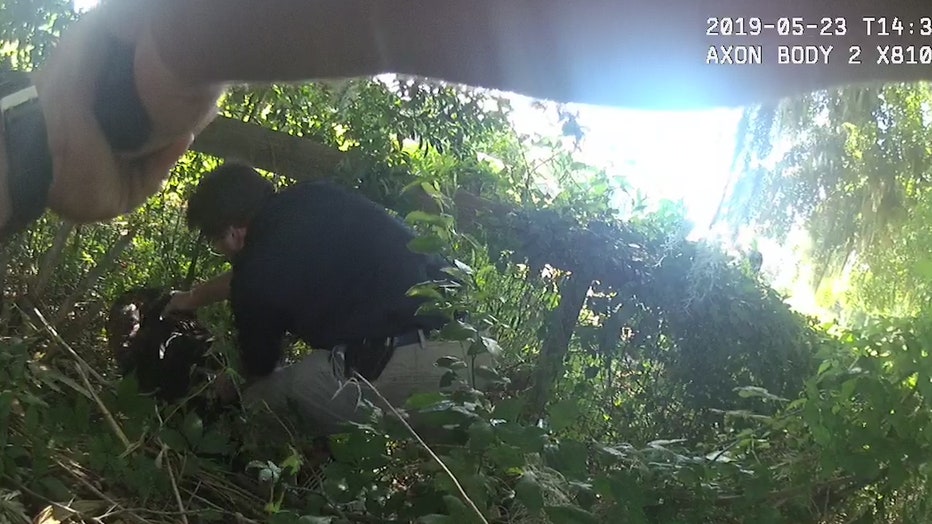 “There’s always a possibility that the shot could cause harm to somebody else,” Chief Parmer said. “It’s just well-known. You don’t fire warning shots.”

After that investigation, the department discovered the body cam video. The Florida Department of Law Enforcement is currently looking into that incident.

“Moving forward, it’s all about the integrity and the accountability and I say that a lot and if you don’t have that, then you don’t deserve the privilege to be a police officer,” Chief Parmer said.

Smalt sent FOX 35 News a statement that says, in part, his actions “ we’re done for the safety of all parties involved,” and that his “actions were within current department policy.” He goes on to say that “the suspect was refusing to show his hands as (he) tried to detain him."

Smalt has since retired from the department.