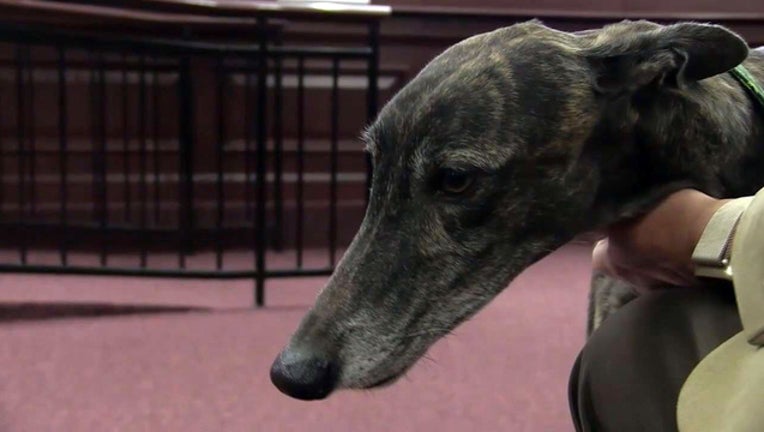 TALLAHASSEE (NSF) - Greyhound breeders and trainers are asking the courts to strip a proposed constitutional amendment from the November ballot, alleging that the measure is misleading and inaccurate.

The proposal, placed on the ballot by the Constitution Revision Commission, would outlaw greyhound racing at dog tracks by 2020, a process known as “decoupling.” Tracks would still be allowed to operate other, more lucrative gambling activities, such as slot machines and poker rooms.

But the Florida Greyhound Association and its president, breeder James Blanchard, maintain that the proposed ballot title and summary don’t fully inform voters about the impact of the amendment if approved.

In a complaint filed Thursday in Leon County circuit court, lawyers for the plaintiffs raised what they deem numerous flaws in the amendment, which was backed by Attorney General Pam Bondi and the Massachusetts-based advocacy group GREY2K USA Worldwide.

Among the shortcomings alleged by the plaintiffs: The proposal does not advise voters that dog tracks still would be allowed to broadcast live greyhound races from other states. And the measure would only ban “commercial” dog racing, which means that kennel clubs would be allowed to continue dog competitions, the complaint says.

The lawsuit also alleges that the text of the proposal --- which voters won’t see on the ballot --- could have implications far beyond the greyhound-racing industry.

The proposed amendment says the “humane treatment of animals is a fundamental value of the people of the State of Florida.”

That language “might ultimately apply to animals other than dogs,” plaintiffs’ lawyers Jeff Kottkamp, a former lieutenant governor, and Paul Hawkes, a former appellate judge, wrote in the 17-page complaint.

“For example, would this statement, once adopted by voters who were not informed that it was contained in the amendment, be utilized in the future to limit horse racing? To limit the use of hunting dogs? A voter who favors ending dog racing might very well decline to pass an amendment with such a broadly-stated provision for fear that once adopted as status quo in connection to dog racing, such statement might be expanded to limit or prohibit other activities or livelihoods that involve other animals,” the lawyers wrote.

The Florida Supreme Court reviews the wording of constitutional amendments, but its scrutiny is limited, and only proposals that are “clearly and conclusively defective” don’t meet muster.

The Constitution Revision Commission relied on three legal experts in drafting the amendments.

“They approved every single word that was in every single ballot summary and ballot title,” Brecht Heuchan, who chaired the commission’s Style and Drafting Committee, told The News Service of Florida. “That doesn’t mean that some other sets of people, including some other courts, may disagree.”

The lawsuit was “bound to happen,” Heuchan said.

Kate MacFall, co-chair of a political committee backing the proposal, which will appear on the ballot as Amendment 13, called the lawsuit “a desperate attempt” to thwart voters from deciding the fate of greyhound racing.

“This lawsuit is dead on arrival. It is a desperate attempt to prevent voters from having a voice on whether greyhound confinement and deaths should continue. It was filed because greyhound breeders know that when Amendment 13 appears on the ballot, Floridians will vote yes for the dogs,” MacFall, the Florida director of The Humane Society of the United States, said in a statement.

But Kottkamp asserted that the amendment effectively “hides the ball” from voters, something the courts would not permit.

“The title and summary for proposed Amendment 13 fail to meet Florida’s legal standard,” Kottkamp, the greyhound association’s general counsel, said in a statement.

For years, doing away with greyhound racing --- which has been part of Florida’s gambling footprint for nearly a century --- has been heavily lobbied and heatedly debated in the Legislature.

Despite what appeared to be widespread support even among legislative leaders, such proposals repeatedly failed when prohibiting dog racing became entangled with other gambling-related issues.

Bondi, who has made dog-adoption efforts part of the opening of each state Cabinet meeting and who served on the Constitution Revision Commission, called greyhound racing and the treatment of the dogs a “black eye on our state” during a meeting last month.

“We all know these dogs end up with broken legs, serious injuries and they’re shipped from track to track until they’re dead or can no longer race at all,” she said.

But Jack Cory, a lobbyist who represents the greyhound association, said the amendment, which would allow tracks to discontinue dog racing by the end of the year, “has nothing to do with animal-rights issues.”

“We are the animal-rights people. (The proponents) are political activists using animals for fundraising purposes,” Cory said, referring to GREY2K and the Humane Society. “All they do is run sad puppy commercials on TV to gain donations.”

“Just because we’ve got a couple of very aggressive political action groups from out of state is no reason for us to change our business plan in the state of Florida,” he said.