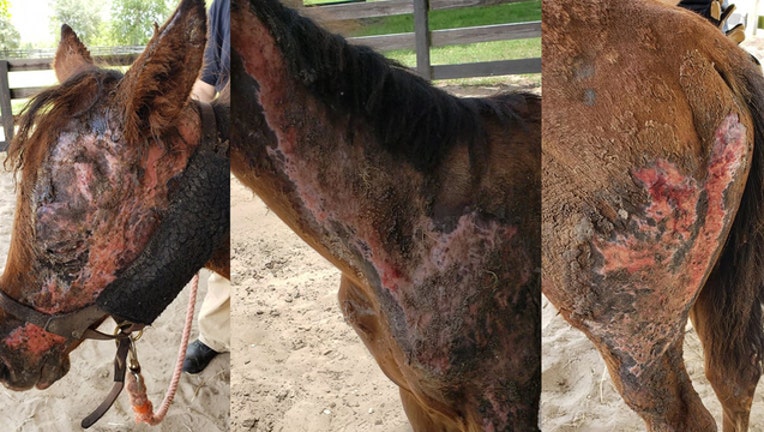 OCALA, Fla. (WOGX FOX 51) - A foal that was badly burned during a barn fire in Williston is receiving treatment for its injuries.

Authorities in June responded to reports that a propane tank had exploded at the barn.  When firefighters arrived, they discovered the barn fully engulfed in flames, with horses were still inside in the structure. The fire was eventually brought under control and the horses were freed.

Days after the fire, the foal was treated for burns to half of her body and given antibiotics and pain medication.

The non-profit organization Saving Paws & Hooves is paying most of the medical bills, according to the foal's caretaker. In addition, Dr. Alberto Rullan and the Equine Performance Center have donated hyperbaric treatments in her recovery.

Saving Paws and Hooves is hosting a fundraising event on August 24 at Maricamp Animal Hospital in Ocala, to help with the expenses.