An attorney who was stabbed inside a Winter Park, Florida law office is speaking out about the incident, which was all captured in an audio recording.

ORLANDO, Fla. - An attorney who was stabbed inside a law office in Winter Park, Florida is speaking out about a recording that was taken during the attack.

Attorney Kevin Maxwell said he was attacked by his client’s husband Gordon King, as they were in the process of divorce proceedings

"I turned, my client’s right behind me. [The] court reporter’s over here and he struck me and struck me," he explained.

At the time, Maxwell said the court reporter was recording the incident, in which you hear King raising his voice and his attorneys telling him to stop.

King says, "You think you’re going to do something. You are wrong pal. You are going to be in more trouble than you thought you could ever be!"  King's Attorney said, "Gordon, you can’t do this! Gordon!" 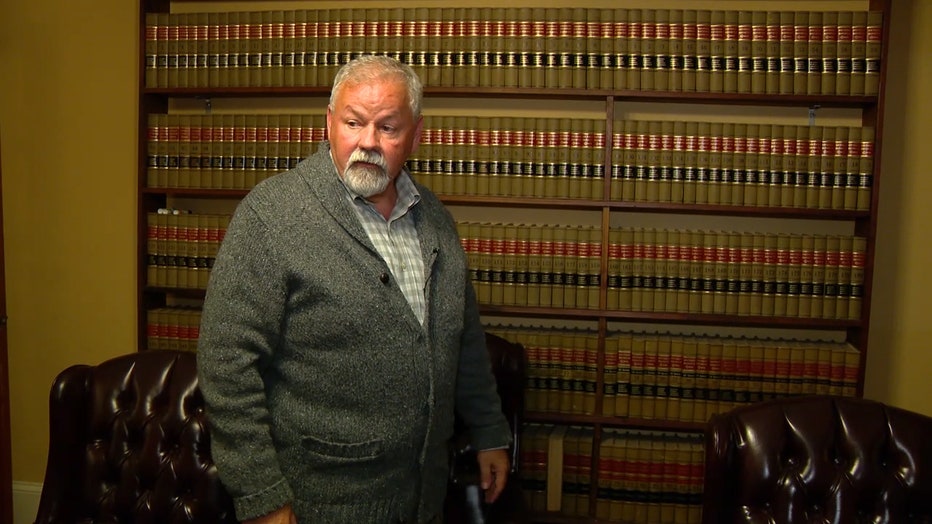 "He braced himself and picked me up off the ground and my head into the table," King said.

Maxwell said he never smiled and was more stunned.

"I said 'Get off me!' several times, and I pulled my pocket knife out and sliced right here, tried to get his arm. It just enraged him more."

Police said King claimed to be the victim.

Police charged King with aggravated battery, false imprisonment and tampering with a victim. Maxwell describes what else King did and said.

Maxwell’s left lung collapsed, and he said his nerves were sliced. While he’s in pain, he says he could have killed King.

"I had a pistol in my pocket. I could have shot him, but I didn’t think it was necessary."

As King is held in jail, Maxwell says he’ll continue to represent his client in divorce proceedings.