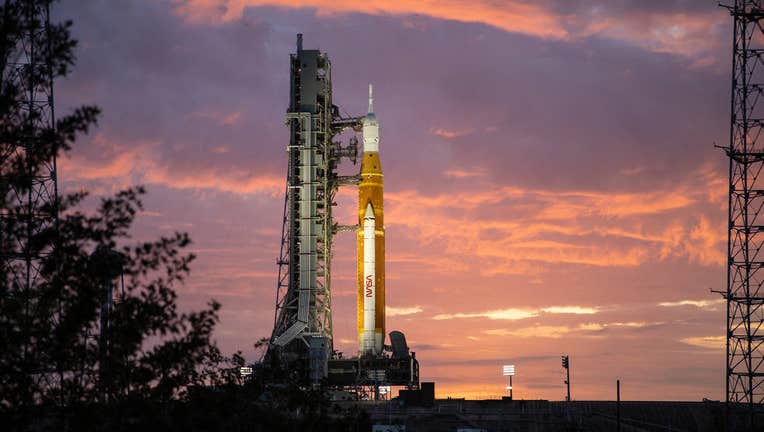 KENNEDY SPACE CENTER, Fla. - The countdown is on for the liftoff of the historic Artemis l mission. On Monday, Aug. 29, NASA's first moon rocket in 50 years is slated for its maiden launch from Florida's Kennedy Space Center, a precursor for human flights to the moon.

While there are no people on board this first flight test, NASA is inviting you to participate in the excitement and future Artemis missions by giving you a downloadable passport to the moon!

Here's how it works: Join the virtual guest list for Artemis launches and receive a special Artemis I virtual guest passport and stamp after launch along with mission updates and interactive opportunities.

For the Artemis I mission, 3 million people signed up for virtual boarding passes and their names will be flown around the moon aboard the Orion spacecraft. If you didn't get a chance to have you name on Artemis l, no worries: there will be other opportunities on future flights

The Orion capsule was designed for a 21-day mission. However, NASA plans to extend that to a 42-day spaceflight, culminating in a Pacific Ocean splashdown on October 10.

"We are pushing the vehicle to its limits, really stressing it to get ready for crew. It is incredibly risky," NASA Associate Administrator for Exploration Systems Development Jim Free said. "We talked about our mitigation steps for those risks, and we've mitigated the risk as far as we can. And now it's our time to get to launch so that we get that data that we need to put crew on it."

After launching from Kennedy Space Center launchpad 39B with 8.8 million pounds of thrust, the SLS will send the Orion spacecraft on a trajectory to orbit the moon.

| ARTEMIS 1 TEAM COVERAGE on FOX 35: FOX 35 and Good Day Orlando will have team coverage from Kennedy Space Center, beginning at 4 a.m. You can watch the launch live on FOX 35, and livestream our special coverage at FOX35Orlando.com/Live and in the FOX 35 app. |

When the spacecraft orbits the moon, it will have traveled about 40,000 miles beyond the far side of the moon, which is more distant than any human-rated spacecraft that has journeyed before.

By 2025, NASA plans to land four astronauts on the lunar South Pole, becoming the first moonwalkers since Apollo 17 in 1972.