An Arizona man placed first in the marathon for the second time.

LAKE BUENA VISTA, Fla. - A winner has been crowned in the 2020 Walt Disney World Marathon.

Thousands of runners from across the country competed in the Walt Disney World Marathon this weekend. FOX 35 News reporter Matt Trezza was at the marathon on Sunday morning and saw Nick Hilton win the race. He said that the win "feels amazing, I feel I'm blessed to have the opportunity to come here and do it again. That was my goal coming into this year and I'm just happy to have done it again among such great competition." 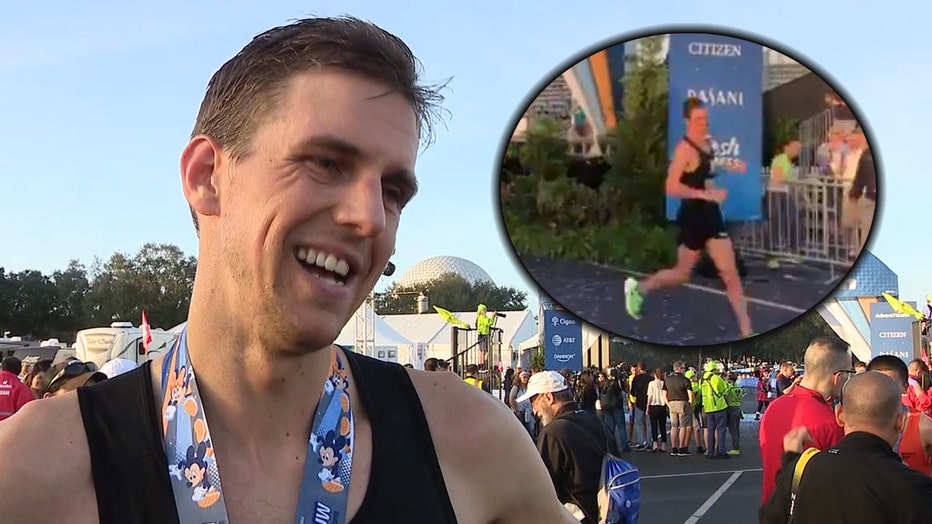 Hilton is from Tucson, Arizona and has previously won a Walt Disney World Marathon. In fact, in 2018 after winning, he proposed to his girlfriend.

He said that following this victory, "we're going to Disney World! We're heading back, taking a shower, and going to the Magic Kingdom for the afternoon."

One runner for Austria, Dagmar Pfadenhauer, told FOX 35 News that ""I always dreamed of competing here because I'm a fascinated runner and triathlete, but the Goofy Challenge was a big dream and I can only recommend it to anyone who's crazy about Disney."

Another runner from Chile said that "'It's a very fast marathon, but the weather doesn't let you go fast. That's the only problem, the weather, but everything else is marvelloso! Wonderful!"