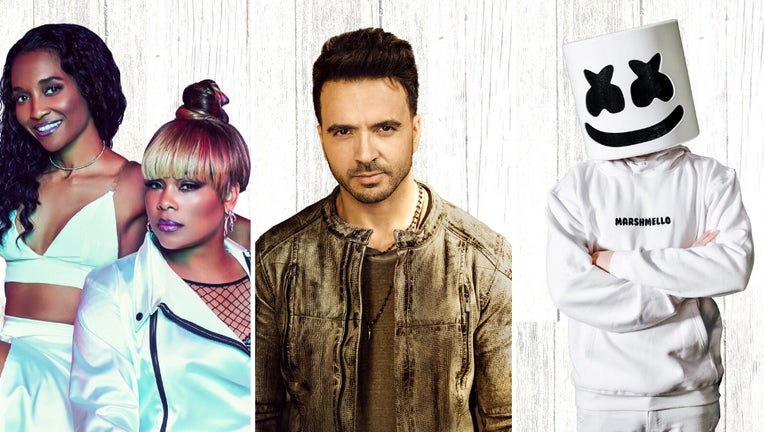 ORLANDO, Fla. - Get ready to let the good times roll: Universal Orlando Resort has announced the concert headliners that will perform at the 25th annual Mardi Gras celebration!

The theme park's family-friendly version of the iconic Big Easy bash begins Feb. 1 and runs daily through April 2. On select nights, guests can enjoy performances from some of the biggest names in music.

This year's lineup includes the chart-topping DJ and producer Marshmello, the best-selling American girl group of all time, TLC, and Mardi Gras regulars Kool & the Gang!

In addition of amazing concerts, Universal's Mardi Gras celebration includes an all-new nightly parade called Treasures of the Deep. The parade will feature six new floats inspired by mystical creatures of the deep, the sunken city of Atlantis and more. Fan-favorite floats, including the Riverboat and King Gator, will return with all-new décor celebrating 25 years of party.

You won't leave the party hungry because the event is serving up authentic Cajun-style cuisine at The French Quarter Courtyard.

"New to this year’s event, guests can enjoy all-new food and beverage offerings at the Carnival Around the Universe tasting tent that will feature dishes inspired by carnivals worldwide with new menu items debuting bi-weekly throughout the event. And returning to this year’s event are fan-favorite add-on experiences, including the Bayou Boil, bringing guests an authentic New Orleans crawfish boil experience, as well as the Mardi Gras Tasting Lanyard which gives guests the chance to try a variety of classic New Orleans dishes throughout their visit - including gumbo, jambalaya, po boys and more."

The Mardi Gras celebration is included in your park admission.