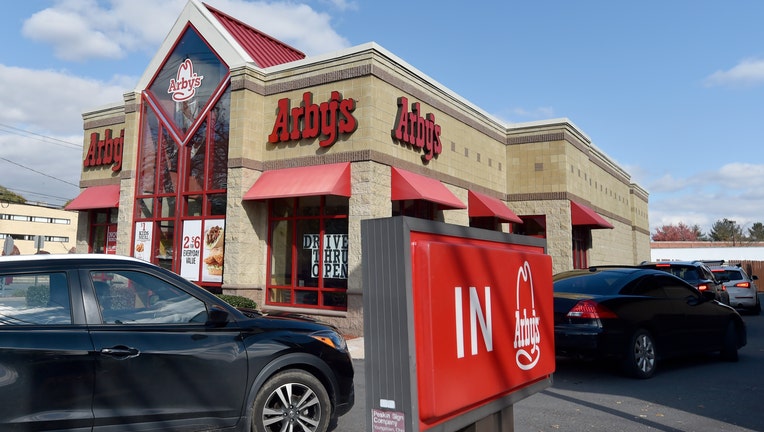 Police in Alabama arrested an Arby’s manager who allegedly threw hot grease at a drive-thru customer on April 23.

Police in Hueytown, a suburb outside of Birmingham, say 50-year-old Shea Denise Peoples was arrested and charged with assault before eventually being released on a $30,000 bond.

Hueytown Fire and Rescue also responded to the scene to provide medical treatment to the victim, Jameria Hairston.

Hairston was hospitalized and suffered second-degree burns over a large part of her body. She filed a civil lawsuit seeking an unspecified amount of money from the worker, Arby's and Alabama-based companies that operate the restaurant, court documents show

Hairston’s attorney, Ryan Canon claims Arby’s was aware of People’s history of being "angry and violent." Canon says Arby’s has received several complaints by various people about her conduct in the past.

"Arby’s knew their manager was angry and violent, because they had received multiple complaints from various people about her before this occurred, and they did little or nothing to prevent this horrible incident from happening," Canon wrote in a statement to FOX TV Stations.

Canon says Mrs. Hairston has a long road ahead for recovery but is in good spirits, despite being in immense pain.

"We are seeking full and fair justice for the medical bills, pain and suffering and mental and emotional toll this is taking on her and her family. Obviously, this was also a traumatic event for her daughters to witness, who were in the back seat. We are seeking compensatory and punitive damages to make sure that this never happens to anyone ever again. We are also seeking to ensure that Arby’s forever changes the way they hire and train their employees to ensure this never happens again," Canon wrote.

Court records do not include the name of a defense lawyer who could speak on behalf of the worker, who was freed on $30,000 bail.

Arby’s said it had fired the employee and called her actions "reprehensible."

"Our heart goes out to the guest, and we are working to help support their recovery," said a statement from the company.