APOPKA, Fla. - A fire ripped through a home in Apopka overnight.

Orange County Fire Rescue said that the fire occurred at a home on Alamosa Court in Apopka at about 2:14 a.m. The owners of the home went out to walk their dogs when they heard popping noises coming from the garage, accompanied by a red glow. This is when they discovered the fire and called 911.

"It went up quick," neighbor Tina Menegat said. "We could see a few flames and all of a sudden we heard the big explosion and then it just spread rapidly." 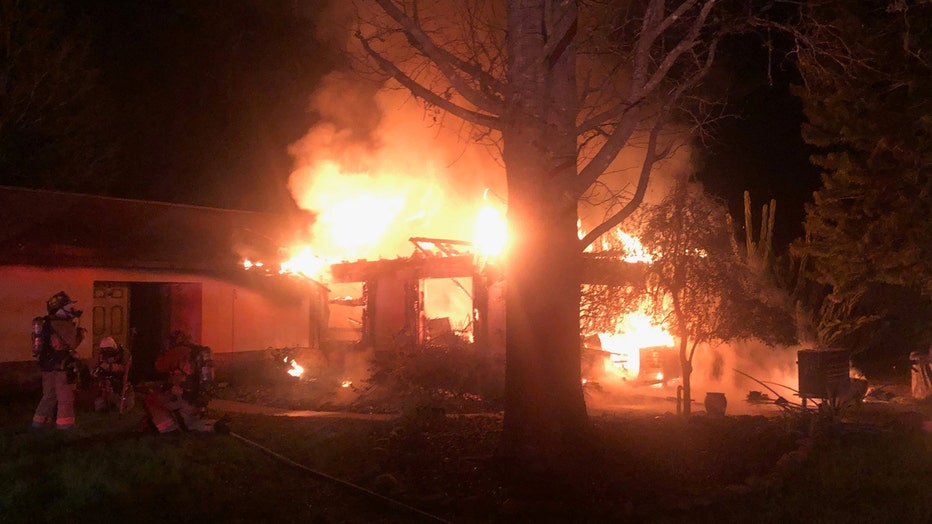 After rushing to the fire, Orange County Fire Rescue said that firefighters had trouble finding enough water to knock the flames down. There were no nearby fire hydrants so they had to fill up water at the nearest Wawa on Hiawassee about a mile away.

They filled a pool of water on the cul-de-sac to refill their hoses.

"That's the biggest challenge," Battalion Chief Stephen Davis said. "There's no hydrant in the area. It's a difficult tactic that we take setting up a tanker shuttle. The closest hydrant was around the corner at the Wawa. It's about a mile away." 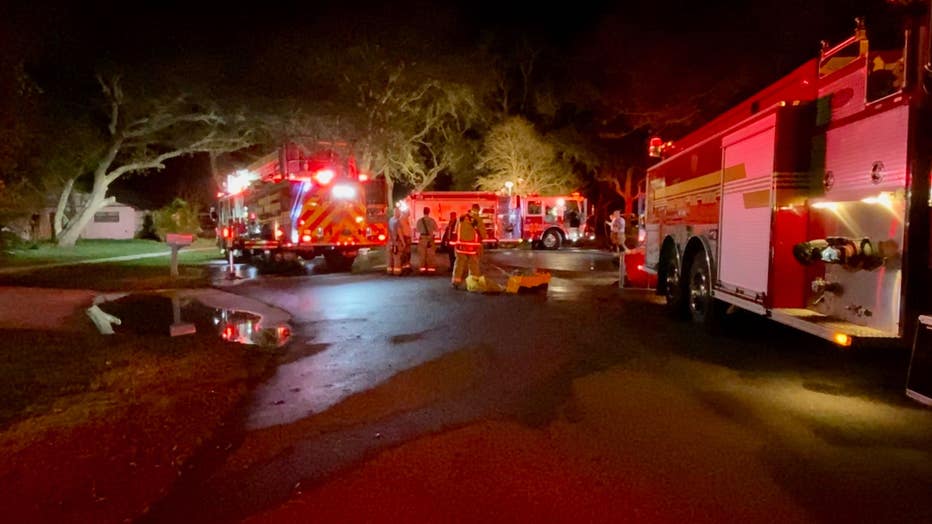 Thankfully, the firefighters were reportedly able to transport enough water to put out the fire. The home suffered a partial roof collapse and is believed to be a total loss. However, the two adults and five dogs inside the home made it out without injury.

"I'm thankful that they're alive, but it's still very sad for anyone to lose their home," Menegat said.

Fire Rescue believes that the popping noise heard could have been from some extra car batteries or hunting gear and ammunition in the garage. 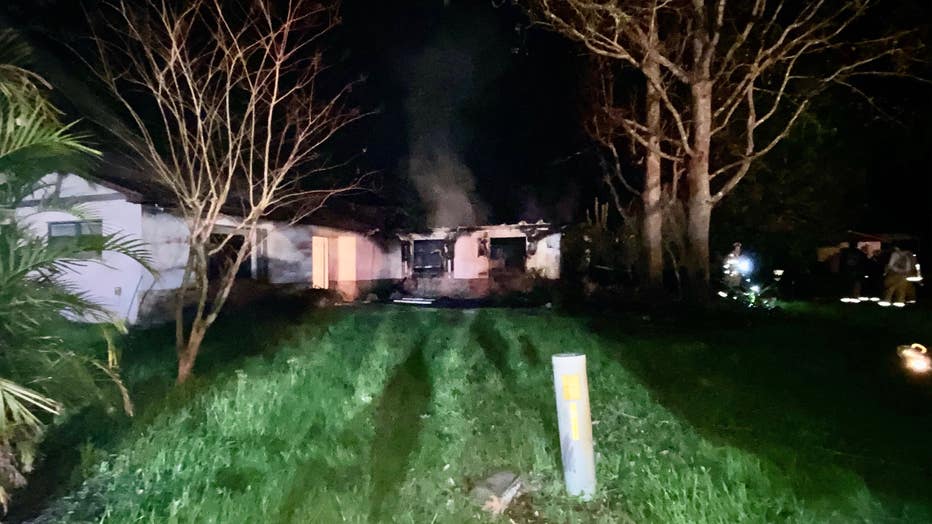 "I believe this is going to be a total loss for the house," Davis said. "We did have a roof collapse and then part of the garage is a safety concern." 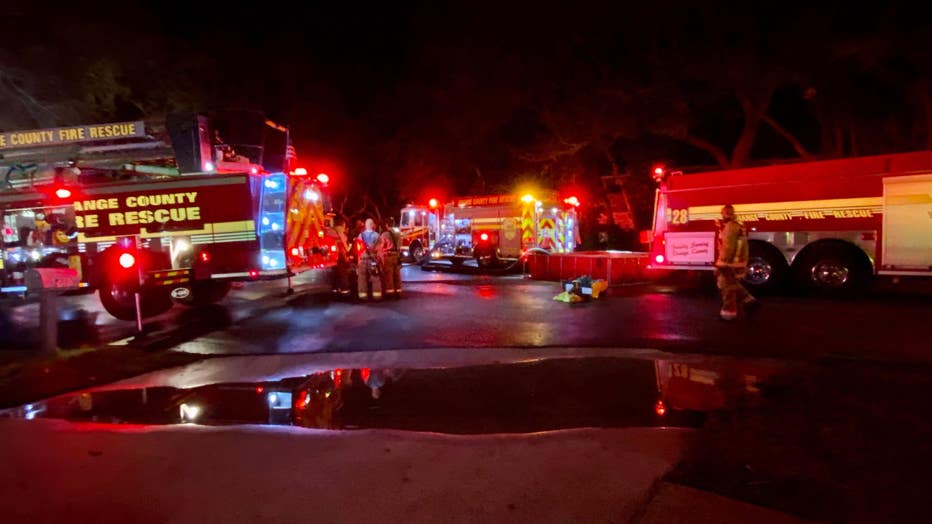 The cause of the fire is also under investigation, but believed to be accidental.

Tune in to FOX 35 News for the latest on this fire and more in Orange County.