A little boy is back at home after battling an eye infection aboard a cruise ship during a family vacation.

ORLANDO, Fla. - A 5-year-old boy suffering from a serious eye infection on a cruise ship has returned to his Central Florida home to recover.

Nicole Mejias tells FOX 35 News that shortly after boarding the Norwegian Sun cruise ship about two weeks ago at Port Canaveral, a small cut above her son Roman's eye turned into a major infection.

“What was supposed to be a fun vacation turned out to be a disaster," Mejias said.

The Mejias family didn’t bring passports on the vacation because they aren’t required on certain cruises that start and end in the US.

Because of that, the family didn’t want to get off the ship in Mexico for hospital treatment and risk not being able to get back on board or fly home.

Mejias said a medical team on the ship treated Roman for five days. 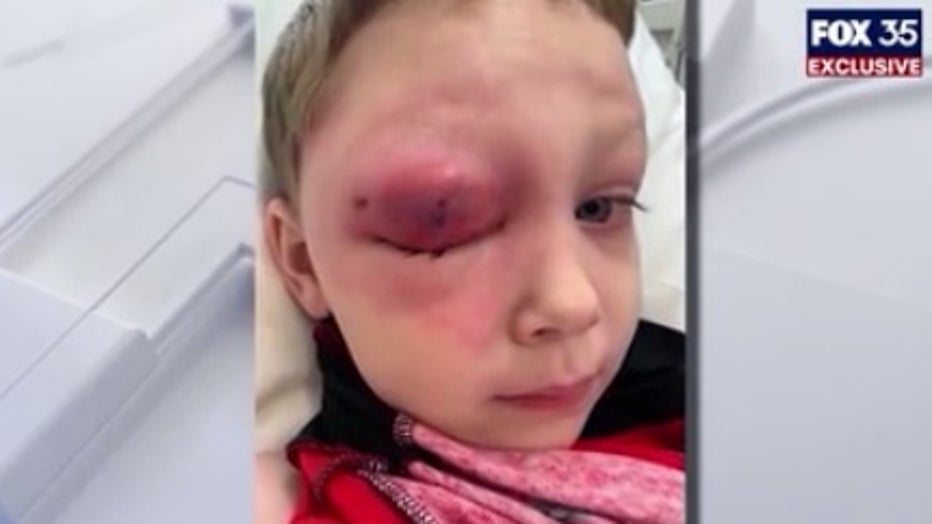 When they finally got off the ship, the family rushed to an Orlando hospital and Roman remained in their care for about a week.

Roman was finally well enough to return to his Central Florida home on Wednesday.

Mejias said that his eye is still swollen and he can’t open it all the way, but the family feels thankful he’ll be able to recover.

“So blessed that he’s able to heal and he has his vision,” Mejias said.

The family now has a message to others after their nightmare vacation.

“Even if it’s a closed-loop cruise, get passports,” Mejias said. “I don’t think you should be allowed to go out of the country without a passport because who knew this would happen?”

Doctors are still monitoring Roman’s eye, but if it doesn’t heal properly, he may need plastic surgery.