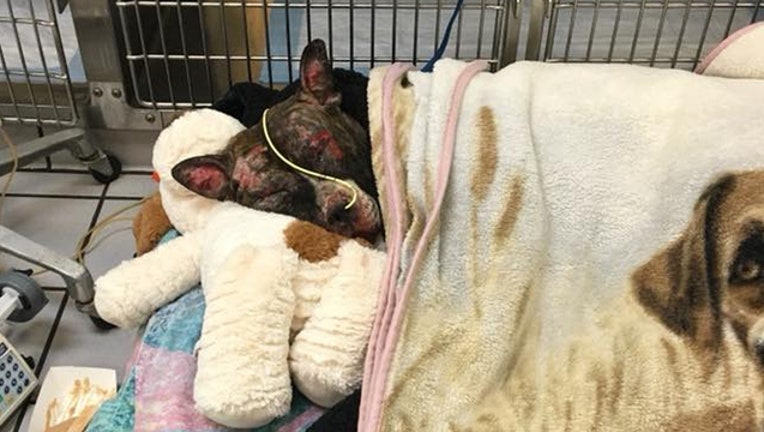 RICHMOND, Va. (FOX 35 ORLANDO) - A new law aimed at bringing justice for animals that have been abused is now in effect in Virginia.

Tommie's Law is aimed at protecting animals from abuse, making it a felony offense. The law was named in honor of a dog named Tommie who was tied to a pole in a city park, covered in accelerant and set on fire in February. He suffered burns to over 40 percent of his body.

Tommie was being treated at the Richmond Animal Care and Control. Despite round-the-clock care, he died five days after rescue. Jyahshua Hill, 20, is charged with felony animal cruelty.

"It was sickening what happened to him," Tabitha Treloar, with the Society for the Prevention of Cruelty to Animals, said. "The bill is a big step that I think the commonwealth can take to demonstrate that this type of cruelty will not be tolerated."

Five days after Tommie's death, the House passed the bill unanimously. It cleared the Senate unanimously on Feb. 5.

Prior to the law being passed, a person can only be charged with a felony if the cat or dog dies. Now, anyone found guilty of abusing an animal could get up to five years in prison. They could also be fined of up to $2,500.

"People who torture a dog, or any animal like this, their next step is to go after a human," said Sen. Bill DeSteph, who introduced the bill. "They're truly a threat to public safety and to society and should be dealt with severely."