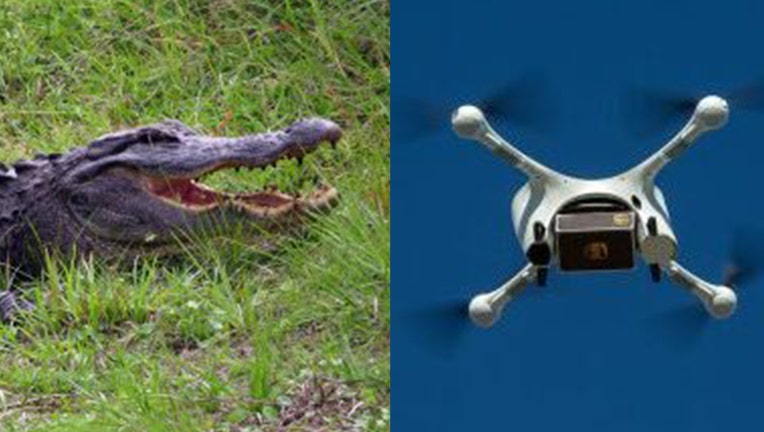 Note to all alligators: drones are NOT food.

Someone didn't tell one hungry gator that in the Florida Everglades and it ended up with a mouth full of smoke!

Video of an alligator snatching a drone out of the air in Florida recently went viral on TikTok.

The footage was uploaded by TikTok user Devhlanger. FOX News reports that during a trip in the Florida Everglades, someone tried to fly a drone close to an alligator in the water.

The video is captioned, "Trying to get a close up of this alligator in the Everglades… Wait till[SIC] he chews through the drone’s battery."

The alligator is seen quickly jumping up and snatching the drone out of the air with its mouth.

A second video shows the gator chewing on the drone as smoke comes out of its mouth.

One of the videos has racked up over 5 million views. However, not all viewers were happy with what they saw.

The uploader was reported to local authorities, Complex reports. Some viewers speculated on whether the footage was actually filmed in an area where drones are prohibited.