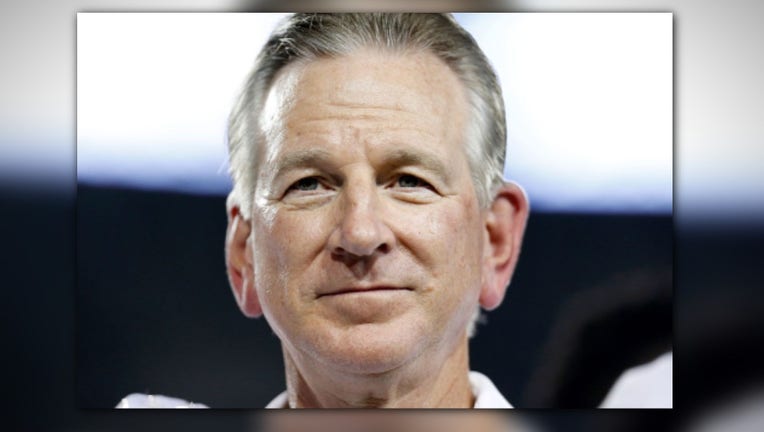 Republican Tommy Tuberville topped the incumbent Doug Jones in the Nov. 3 election for the U.S. Senate.

Alabama has a new U.S. senator.

Political newcomer Tommy Tuberville bested incumbent Sen. Doug Jones in the Nov. 3 election, according to the Associated Press, flipping the seat back into Republican hands for the first time since Jones’ improbable 2017 victory over Judge Roy Moore.

Tuberville made a name for himself in Alabama as the head football coach at Auburn University between 1999 and 2008. He previously flirted with the idea of running for office in Alabama but didn’t commit to it until he moved back to the state in 2018.

According to AL.com, Tuberville tied his political fortunes to President Donald Trump’s, labeling himself as the president’s ally and avoiding media interviews and debates with Jones.

It’s worth noting that declining a debate is a strategy that previously paid off for Republicans in Alabama.

Jones’ initial victory was the culmination of more than a year’s worth of scandal in the Yellowhammer State. Without that extraordinary environment, Jones’ hopes of winning the seat in his first run were a long shot.

Many felt that Bentley appointed Strange to the Senate to prevent Strange from investigating him, Reckon South reported.

In April 2017, Bentley resigned as governor in the midst of the scandal, AL.com reportedAs lieutenant governor, Kay Ivey was next in line to succeed Bentley. She ordered a special election be held to determine who would finish Sessions’ term.Strange garnered the support of Trump, who campaigned for him in an Alabama rally that led to widespread demonstrations by NFL players during the national anthem.

Even so, it wasn’t enough for Strange to stave off Judge Roy Moore in the Republican primary.Moore seemed like a shoo-in to win the general election, but The Washington Post uncovered sexual assault accusations against Moore while writing a profile on him.

In the weeks before the election, several women came forward to accuse Moore of unwanted sexual advances when he was in his 30s and they were teens.

That provided Jones with a narrow path to victory, and on Dec. 12, 2017, Jones defeated Moore to become the state’s first Democrat senator in two decades.

Prior to serving in the Senate, Jones was a U.S. attorney for the North District of Alabama.

The Bill Clinton-appointee’s landmark case came in the early 2000s when he prosecuted Thomas Edwin Blanton Jr. and Bobby Frank Cherry for their role in the 1963 bombing of 16th Street Baptist Church that killed four Black girls.Blanton was convicted in 2001, as was Cherry in 2002.