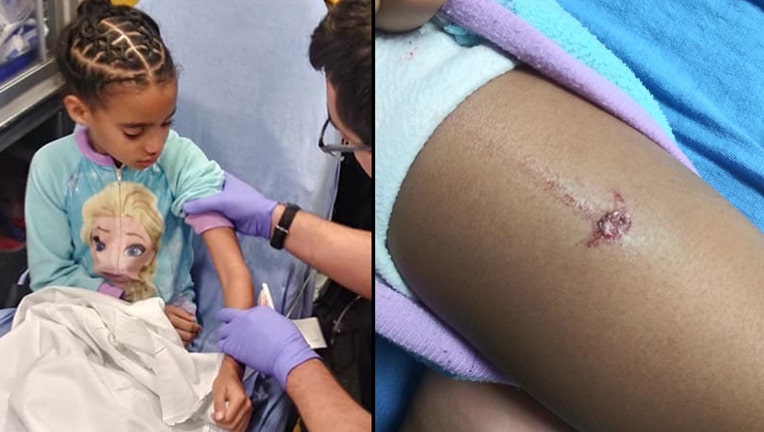 OCALA, Fla. - A 7-year-old girl was grazed by a bullet while sleep in her bedroom in Ocala.

The little girl is doing OK, but she and her family are shaken up. They said they don’t feel safe in their own home.

A 7-year-old girl was grazed by a bullet while sleep in her bedroom in Ocala.

Sunday night, Leah Towns, 7, and her family were getting ready for bed when they heard gunshots.

Ocala police said stray bullets came through a wall and a window of their apartment. One of those bullets grazed the 7-year-old’s leg.

“There should be no way a bullet hits my daughter at 11 p.m. at night,” Howard said.

Leah was sleeping in her bed when it happened.

“It didn’t go all the way through, thankfully, because it hit the bed first and then it hit her,” the victim’s mother Andrez Towns said.

Police said they’re investigating this shooting as a drive-by, but they do not believe the family was being targeted.

Leah has been on edge ever since.

“She told me she don’t want to stay here no more,” Towns said. “Last night, she was scared to sleep.”

Leah, herself, has a message for whoever is behind this shooting: “You don’t shoot at other people’s house,” Leah said. “This is not your house.”

Ocala police said they do not have any suspects or leads at this time. They said this case is still open and active.

The girl's family has started a GoFundMe page to help with her recovery.