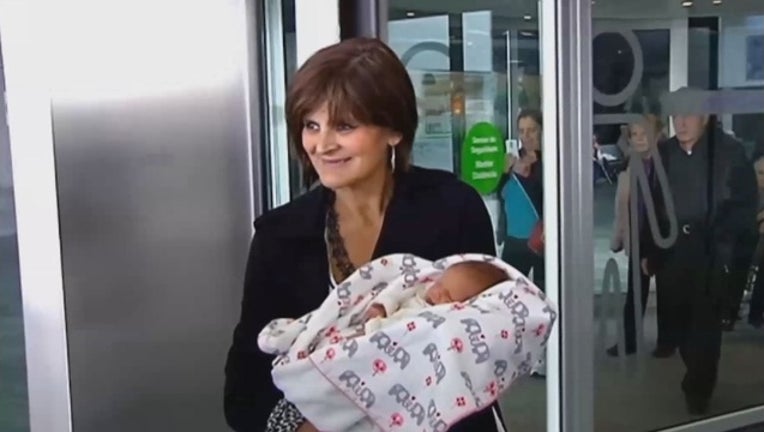 MADRID (AP) - A 62-year-old Spanish woman has given birth to a healthy girl and encourages women in their later years to imitate her if they want to.

Lina Alvarez left the Lucus Augusti Hospital in the northwestern city of Lugo on Tuesday with her third child in her arms, saying she felt wonderful.

She said baby Lina, born Oct. 10, was in perfect health. The 2.4-kilogram (5.3-pound) Lina was born by cesarean section.

Alvarez's first child, now 27, was born with cerebral palsy. Her second child is now 10. Her second and third pregnancies were through in-vitro fertilization treatment.

Alvarez, a doctor, said that women who are well enough to have a baby in their later years shouldn't be afraid to do so, adding that they should let nature, not gynecologists decide.