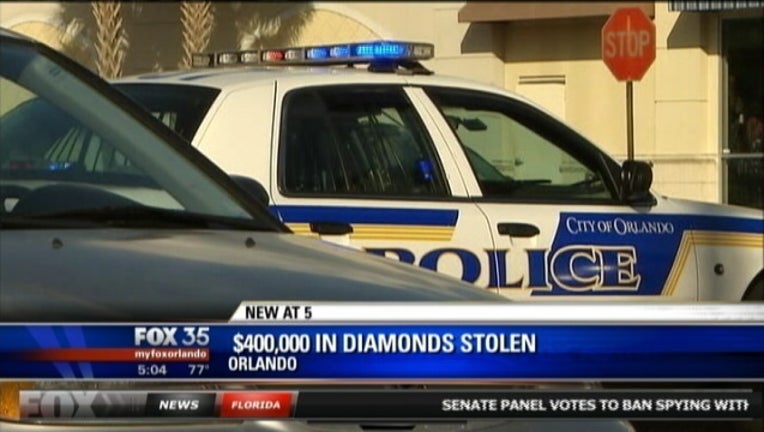 Orlando police are investigating what could be a simple car burglary, or an elaborate diamond heist.

The call came in during the 7 p.m. hour on Monday at the Sweet Tomatoes restaurant on the corner of International Drive and Kirkman Rd.

"They met with the victim. He described that his car had been broken into. Showed where it had been broken into, and there was a bag missing," said Orlando Police Sergeant Jim Young. "The victim stated that the bag contained about $400,000 worth of diamonds."

Young said the kind of crime is common, but what was taken, is not.

They were able to collect some evidence from the scene.

The victim in this case is a 47-year-old man from New Jersey.  It is not clear why he had diamonds in his possession, or why he did not take them inside the restaurant with him while he was eating.