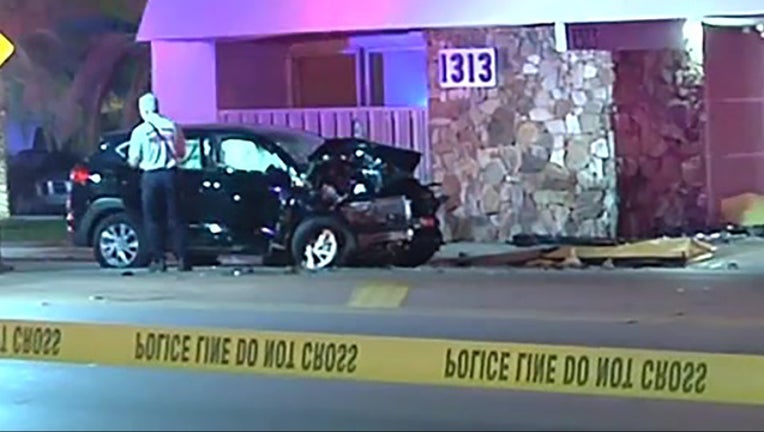 NORTH MIAMI, Fla. (AP) - A driver crashed into three South Florida soccer teammates who were waiting for their bus, killing the teens.

The teens were in their soccer uniforms, ready to play in a tournament in Weston. They were part of the Little Haiti Football Club, a nonprofit that identifies low-income children with athletic talent.

Pat Santangelo sits on the board of directors for the soccer organization. He says many of the 100 kids enrolled in the free program are either homeless, undocumented or low-income.

The teens have been identified as 13-year-old Gideon Desir, 15-year-old Lens Desir and 17-year-old Richcarde Dumay. They were not related.