Three women who police say were caught on camera assaulting an employee during a robbery at a Florida Popeye's drive-thru have been arrested. A fourth woman is still wanted.

LATANA, Fla. - Three women who police say were caught on camera attacking a drive-thru employee at a Florida Popeye's have been arrested.

A fourth woman remains at large. 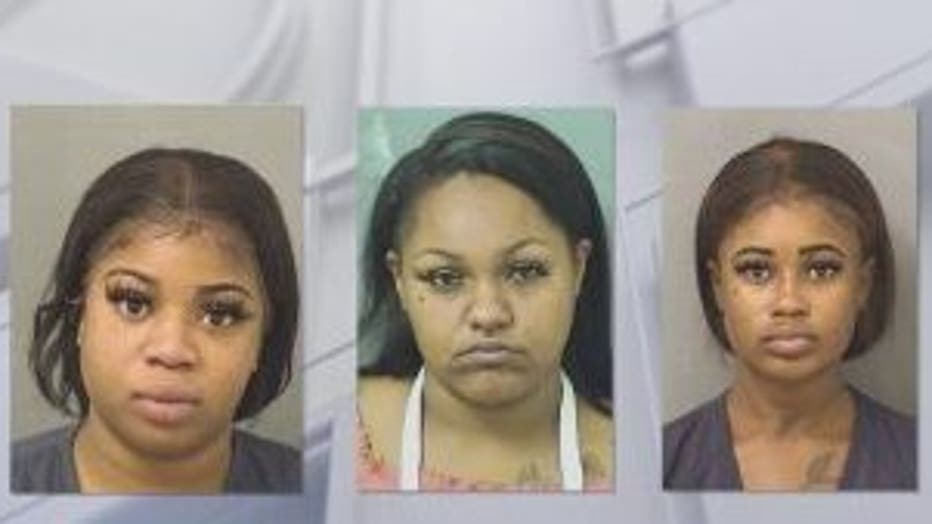 Joanna Ceidi, 19, Chloe Arieigha Hernandez, 21, and Brianna Toombs, 19, were arrested on charges of robbery with a weapon and burglary with assault or battery.

According to the Palm Beach County Sheriff's Office, a silver Nissan Sentra with the four females inside was going through the Popeye's drive-thru in Lantana on Tuesday when one of the passengers started arguing with the cashier.

The female passenger then allegedly spat at and attacked the cashier, prompting two other suspects to start brawling with other employees.

One of the suspects allegedly reached into the drive-thru window and grabbed money out of the cash register before they all hopped back into the car to drive away.