"In July 2021 the Orange County Sheriff’s Office responded to the emergency room of Dr. Phillips Hospital where a 15 -year-old runaway stated she had been battered," officials said. "The deputy’s initial investigation revealed human trafficking was occurring and the deputy notified MBI agents who responded to the hospital."

Detectives say Koger and Bryant recruited underage females by targeting runaways, children in foster care or "other vulnerable youths by luring them with places to stay at hotels or promises of taking care of them." They say Koger and Bryant would then post the girls online and arrange for them to have sex with adult males. 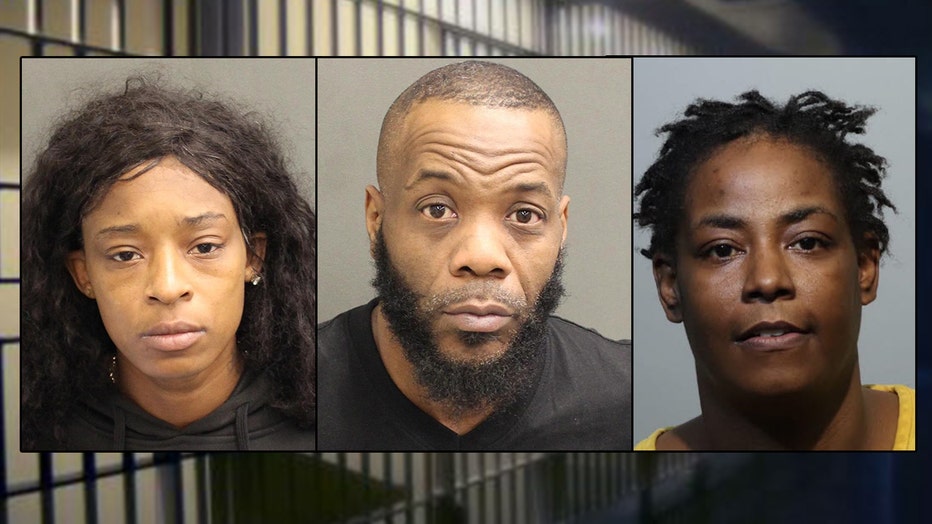 "When the victims were reluctant or resisted, the juvenile victims were given drugs or alcohol to make them compliant or render them unconscious. One victim recounted how she was crying and trying to leave, but Koger held the door shut and the victim was forced to have sex with an adult male."

Ponds reportedly worked with Koger and Bryant, provided drugs, and drove them to locations to be sold for sex. He's also accused of having sex with one of the minors.

Agents believe there may be additional victims that have not been identified. Anyone with information is asked to call CrimeLine at 1-800-423-TIPS or their local law enforcement agency.