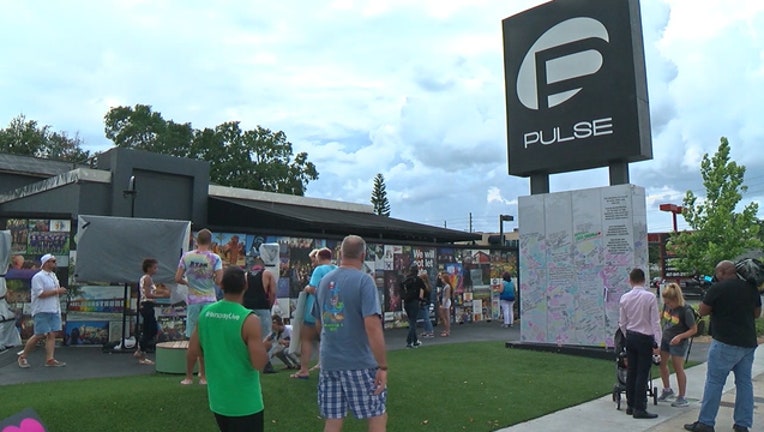 ORLANDO, Fla. (FOX 35 ORLANDO) - The onePULSE Foundation announced on Monday that they have purchased a 1.75-acre parcel of land near Pulse nightclub as the site for the future Pulse Museum.

They said that they acquired the tract of land at 438 West Kaley Street, which is about a third of a mile away from the Pulse nightclub. The land was purchased for $3.5 million with county funding granted for land acquisition and design costs of the museum. They officially closed on the land on September 13th.

The National Pulse Memorial & Museum is reportedly scheduled to open in 2022. It will be located on the site of Pulse nightclub and nearby properties.

The onePULSE Foundation was reportedly awarded up to $10 million in Tourism Development Tax funding by the Orange County Board of County Commissioners in October 2018. These funds were to help acquire land for the museum and fund design costs.

"Orange County Government is proud to support projects that showcase the importance of diversity and inclusion in our region," said Orange County Mayor Jerry L. Demings. "Through education and advocacy, the onePULSE Foundation will ensure that guests visiting the museum understand its history and the significance of continuing the fight against hatred."

"I congratulate the onePULSE Foundation on this significant step toward fulfilling its mission," said Orlando Mayor Buddy Dyer. "Complementing a memorial to honor and remember our 49 angels, the museum will not only serve as an important place for dialogue and education but also ensure Orlando's incredible legacy of responding to our darkest hour with love, compassion, and unity is shared with the world."

"The museum will be a natural extension of the memorial and help ensure that we never forget what happened on June 12, 2016," said Wilhelmina Justice, mother of Eddie Justice, who was among the 49 people killed in the Pulse tragedy. "It will serve as a solemn but uplifting place to remember and pay tribute to each of the 49 lives taken, including my beloved son."

The onePULSE Foundation said that they are also trying to acquire a small property, adjacent to the Pulse nightclub site, as part of the permanent memorial. This purchase will be made with private dollars.