ORLANDO, Fla. - It's looking like Central Florida will see a few opportunities for some much needed rainfall over the next several days.

The first chance arrives on Wednesday, as a weakening cold front pushes across the state by the afternoon hours, mainly after 1 p.m.  Coverage looks to be in the 30% range or so. While it's not a tremendous chance, we will take what we can get. Rain chances will really skinny up (back to zero) after 5 p.m. on Wednesday afternoon. 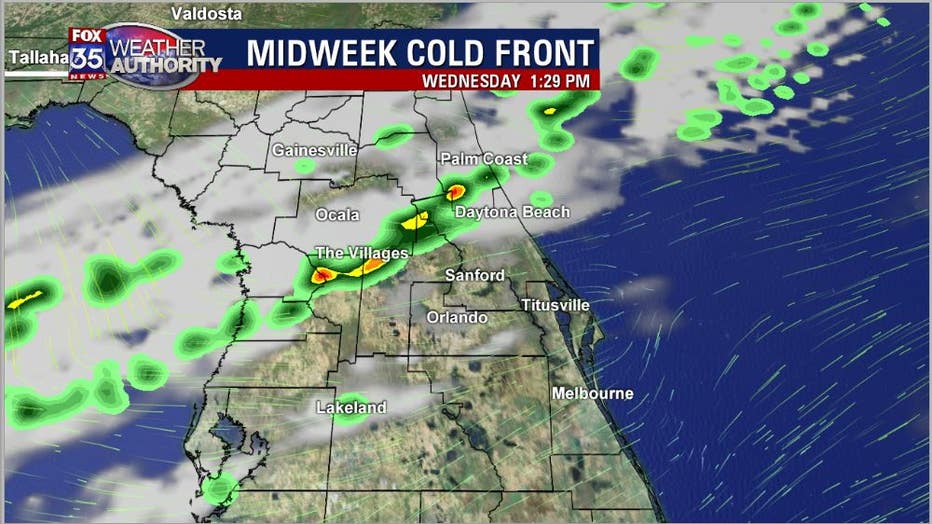 The second wave of rain, some of it potentially impactful for the region, arrives this weekend. While Saturday looks mainly dry, this might not be the case come Sunday, which is also Mother's Day.

Low pressure will move towards Florida from the Gulf of Mexico late Saturday into Sunday. Latest forecast models show an increasingly wetter scenario during this time. Longer range models did not agree on this wet weather potential, but that is changing. The GFS Forecast model shows the entire state dripping wet by Sunday afternoon. Generally, just concentrated areas of heavy rain, perhaps a few embedded storms. The severe weather risk looks very low. 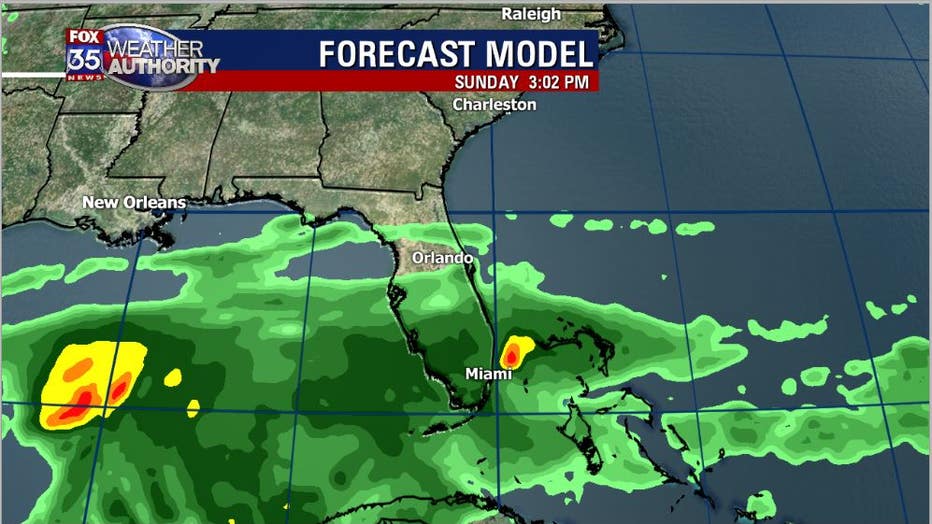 The ECMWF or "EURO" forecast model also now shows increasing rain chance late weekend. According to this model, chances will include much of the Florida Peninsula with emphasis on the Southern half. Again, this looks like a soaking rain with only some periodic rumbles of thunder. Rain chances would also likely continue into Sunday night. 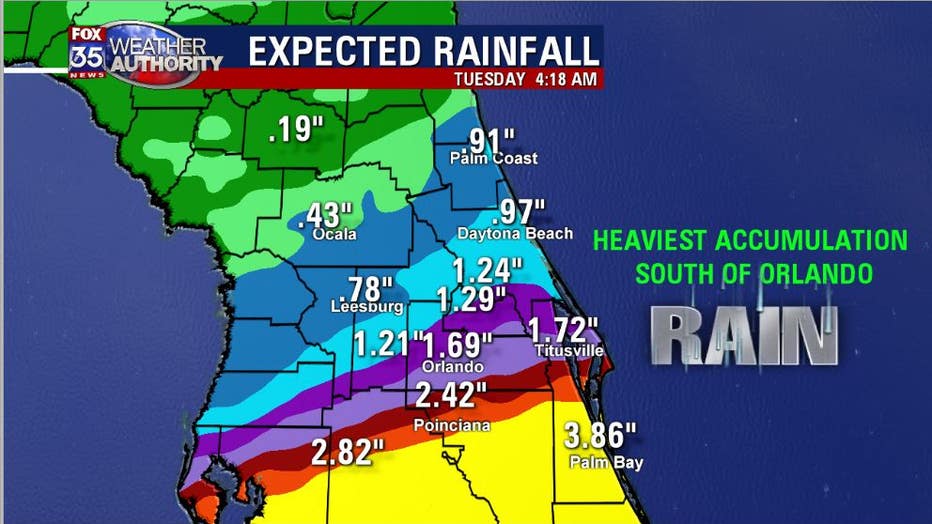 Raini accumulation outlooks currently put the heaviest rainfall amounts South of Orlando with lesser amounts to the North. Considering Mother's Day is on Sunday and a few folks will likely want to get outdoors in some capacity, we obviously need to keep an eye on this potentially developing weather situation as we go through the next few days....stay tuned!