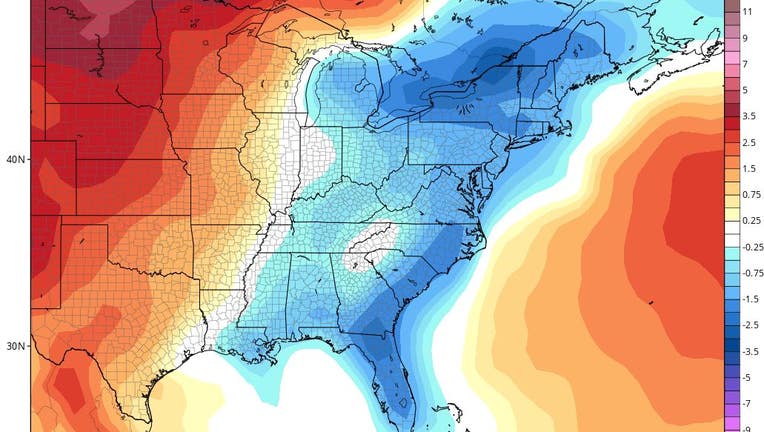 Orlando, Florida - Saturday and Sunday were the coldest days since last winter here in Central Florida.  We will continue with below-normal temperatures through at least Wednesday.  However, sunshine will return come Monday and Tuesday, so our water parks here in Orlando will likely open again.  By Thursday or Friday, high temperatures should return to the upper-70s and low-80s. 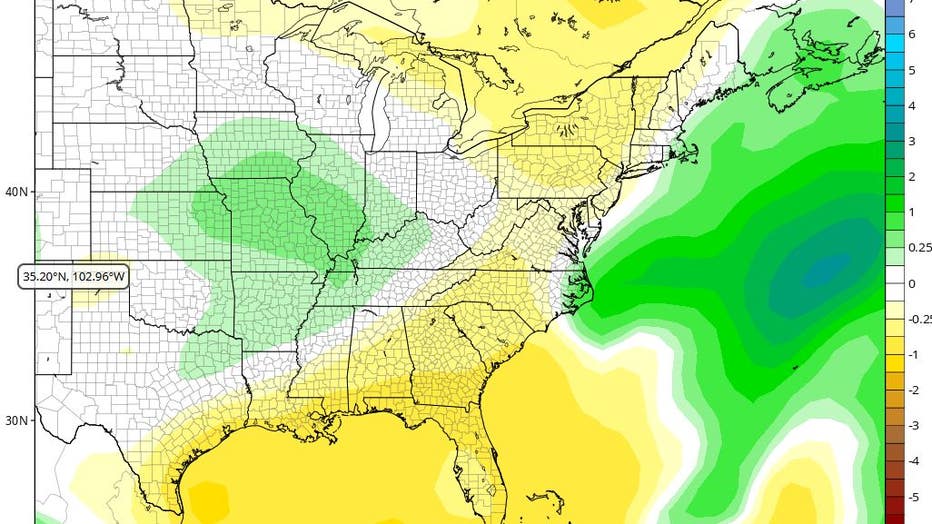 Normally, November is a dry month across the area, though we had plenty of rain late last week.  This week's rainfall looks minimal, with almost no chance of accumulating rainfall through Friday.  Some computer forecast guidance shows rain chances rising next weekend, while other guidance shows none.  Either way, the work and school week looks very dry. 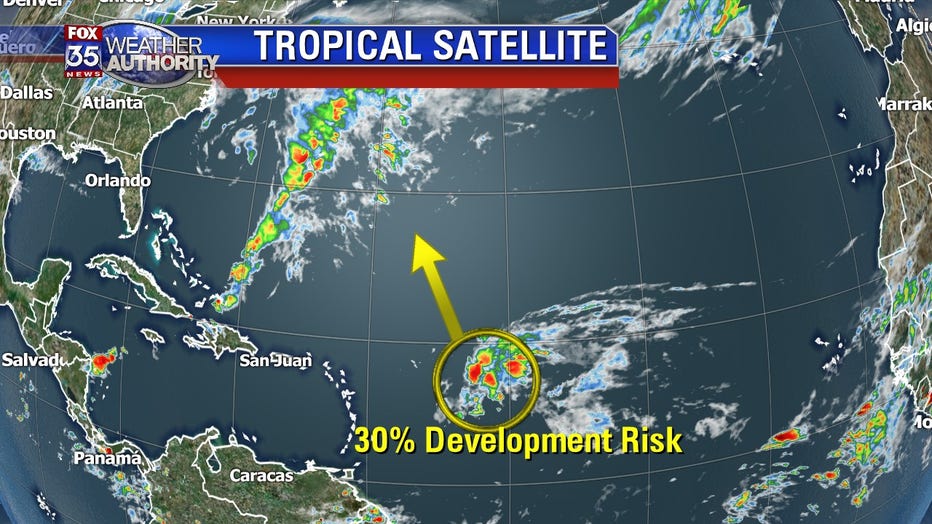 November is typically a quiet month for the tropical Atlantic Ocean.  However, the National Hurricane Center began monitoring an area of disturbed weather in the central Atlantic this weekend.  There's no risk to land areas, and minimal risk of development into a named storm.  We'll keep you updated through the week here 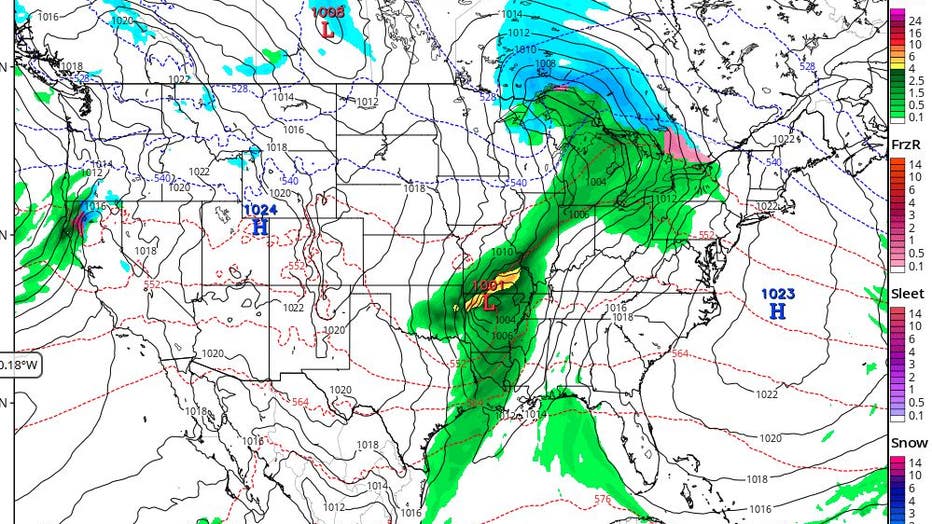 Finally, next week is Thanksgiving week, and the Wednesday before Thanksgiving is typically one of the busiest travel days of the year.  The above map shows the GFS model forecast for Wednesday, November 27.  A large storm system is poised across the mid-section of the United States, stretching from Texas and Louisiana north into the Great Lakes.  Another storm system is pushing into the Pacific Northwest.  If this forecast holds, these would be the two biggest weather impact areas for travel nationwide.