FOX 35 Storm Team Meteorologist Brooks Garner has the latest on the weather in Central Florida.

WHAT IS THE WEATHER FORECAST FOR TODAY AROUND ORLANDO?

Main weather concerns:
Shower and storm potential will rise again this afternoon, mainly after 3 p.m. Chances will be lowest (20%) along the Atlantic beaches, coverage grows higher as you go West into the Peninsula. 30% near Orlando. Cloud to ground lightning and heavy rain appear to be the main threats within the stronger storms. Storms could linger into the late evening with skies clearing later tonight.

The theme parks and attractions will feature some hot temperatures by the afternoon with a few areas of showers and storms developing after 3 p.m. Highs will hit near 92 today and rain chances near 30% mainly after 3 p.m. 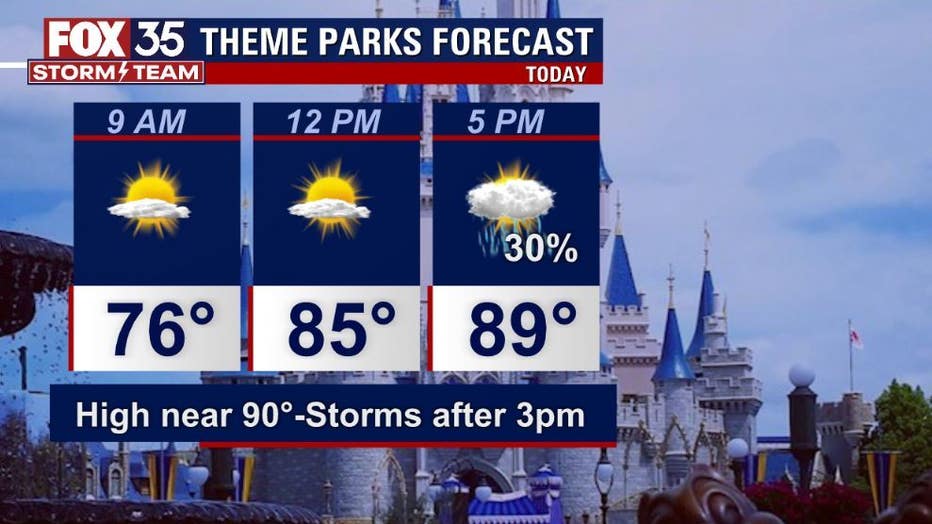 Today is a great day to head to the beach. Afternoon highs will be in the low-80s with a mix of sun and clouds. Showers and storms could visit the beaches late in the day, but coverage looks low at 20%. There is a moderate risk for rip currents with surf at 1-2 feet in an East-Southeast swell. As always – don't forget your sunscreen! 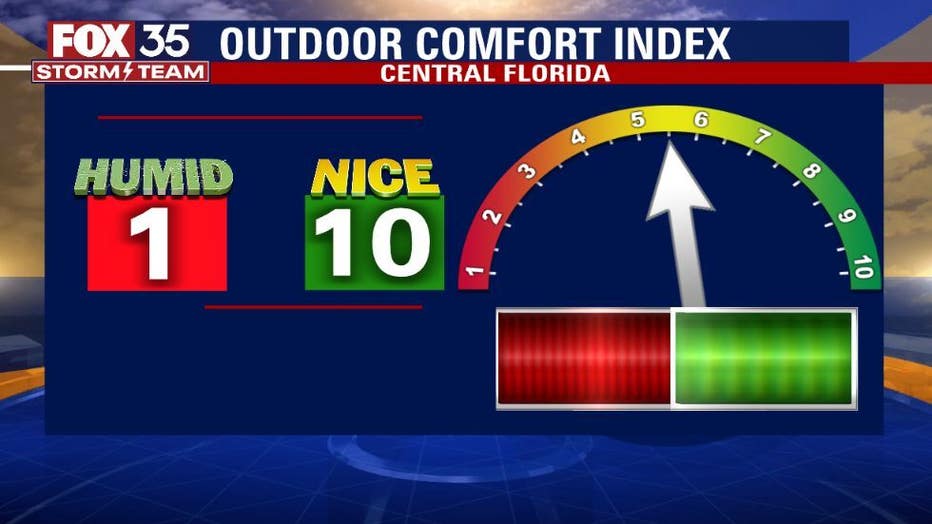 LOOKING AHEAD: Temperatures will continue to grow hotter as we close out the week. An approach at the mid-90s both Thursday and Friday, rain chances at that time look quite low at 10%. A front will approach the area on Saturday bringing higher rain chances at 50%. The front will move into South Florida on Mother's Day Sunday with a few showers early in the day. Next week, we're watching possible low pressure in the Atlantic, stay tuned for details on that in the coming days.