Watch: Hurricane hunters head inside the eye of Hurricane Fiona

Here's a snippet inside the center of category 4 Hurricane Fiona

As Hurricane Fiona makes its way past Bermuda Thursday night, Hurricane Hunters have given us a first-hand look at what the category 4 hurricane looks like in the center.

The Hurricane Hunters team, which consists of the 403rd wing of the U.S. Air Force Reserve, took off Thursday morning for their mission inside the eye of Hurricane Fiona.

In its 2 p.m. update Thursday, the National Hurricane Center (NHC) said Hurricane Fiona is located 345 miles west southwest of Bermuda with maximum sustained winds at 130 mph. The minimum central pressure of the storm is 936 mb. 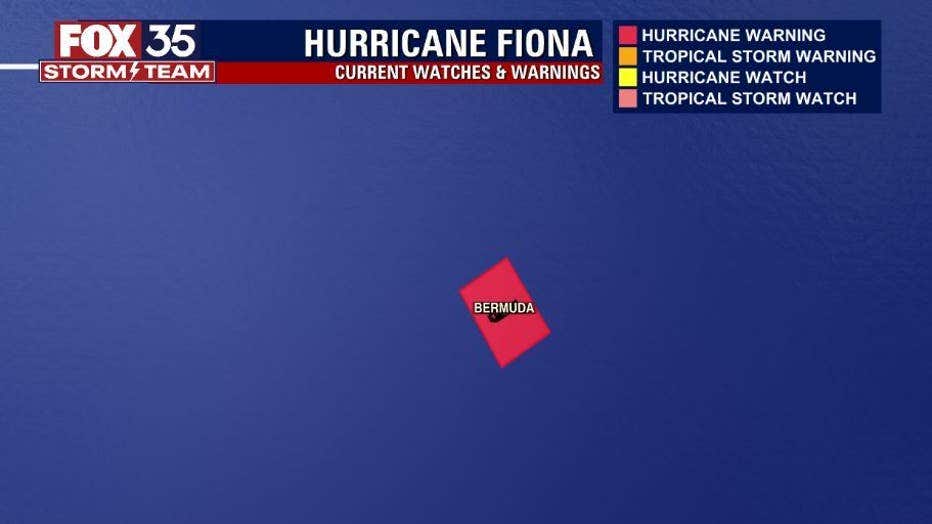 The center of Hurricane Fiona is expected to pass to the west of Bermuda Thursday night and move across Nova Scotia Friday, according to the NHC.

As Hurricane Fiona moves away from Bermuda, there is now a hurricane watch in effect for Nova Scotia, Prince Edward Island, Isle-de-la-Madeleine and Newfoundland from Parson's Pond to Indian Harbor, 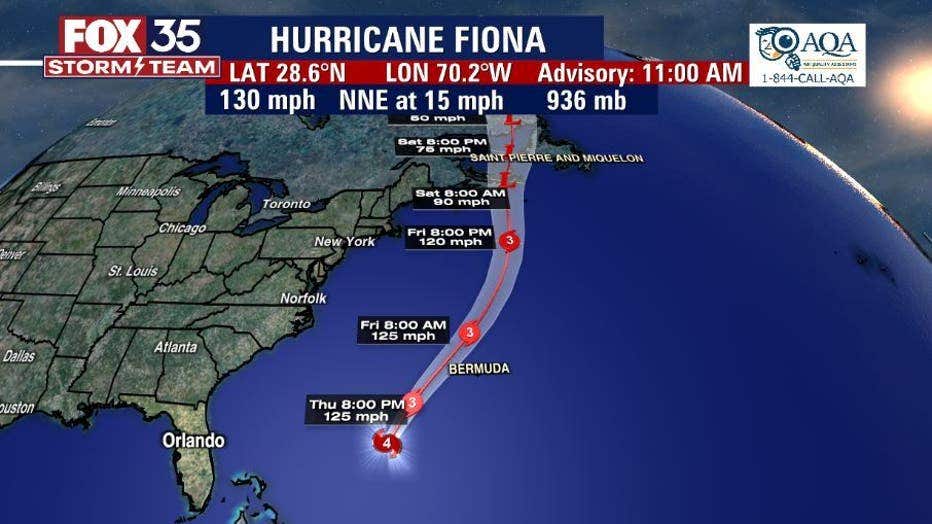 The NHC said Fiona is expected to weaken beginning Thursday night or Friday, but is forecasted to a large and powerful post-tropical cyclone with hurricane-force winds when it moves over Nova Scotia Friday night and Saturday.

The FOX 35 Storm Team is also tracking several other tropical disturbances — one in the Caribbean Sea which has a 90 percent chance of developing — along with Tropical Storm Gaston which isn't expected to be of any threat to Florida.

The tropical disturbance in the Caribbean Sea has a high chance of becoming our next named storm of the season, which would be Hermine.