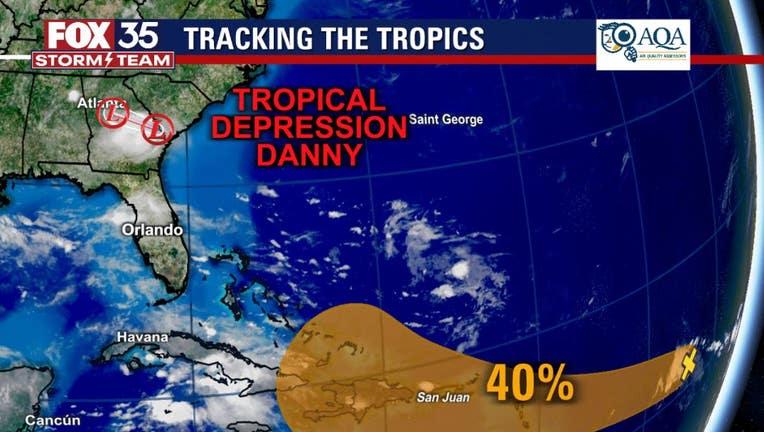 Forecasters said the storm is moving north-northwest at 15 mph, with maximum sustained winds of 35 mph.

Forecasters say the storm is moving west-northwest at 16 mph, with maximum sustained winds of 40 mph.

Impacts to the Carolina coast will include 2"-5" of rain, winds at the beaches sustained at over 35 mph, with gusts up to 50 mph+ and a minor storm surge of a few feet, as well as rip currents.

The National Hurricane Center said that landfall is expected along the coast of South Carolina on Monday evening. FOX 35 Storm Team Chief Meteorologist Jayme King said that it will have maximum sustained winds of 40 mph at this time. That makes it a weak tropical storm.

We're tracking this tropical storm for you, so make sure to check back and download the FOX 35 Storm Team Weather App for updates. 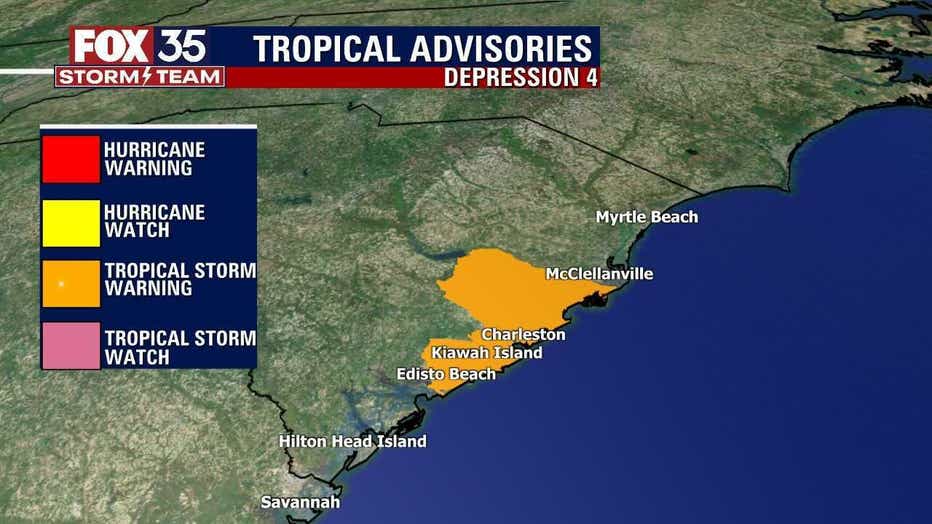 In addition, there is another tropical wave out over the distant tropical Atlantic. It stands at a 40 percent chance of development over the next five days. It is moving westward at 15 to 20 mph.

Closer to home in Central Florida, it is quite warm on Monday. Highs hit in the 90s inland and upper 80s along the coastal areas. Shower and storm risks are still on the lower side though. Expect rain chances around 30 percent or less in most cases. Many areas will remain hot and dry with no rain. 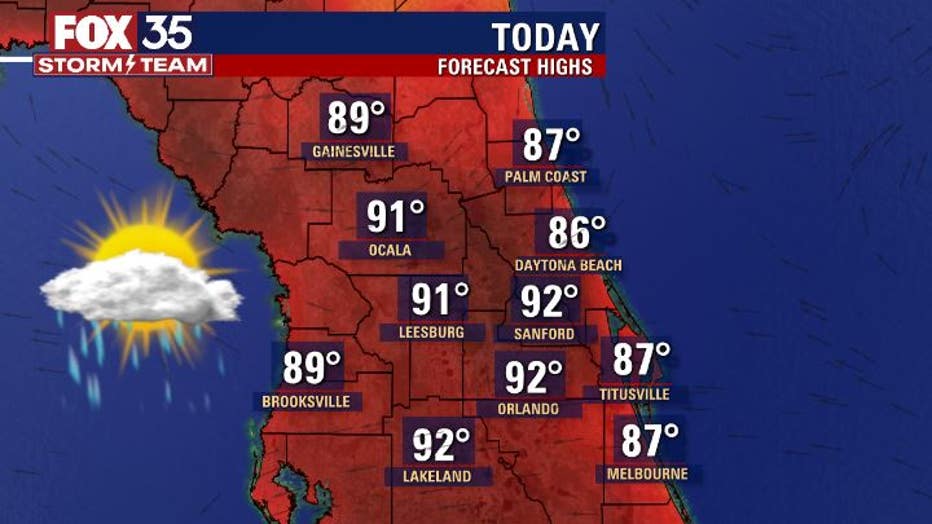 Drier air still dominates the local skies but, this time of year, that type of trend normally does not last too long! The drier air will get squeezed out relatively soon, so if you've been enjoying a break from the daily downpours, soak in the dry spell while you can. 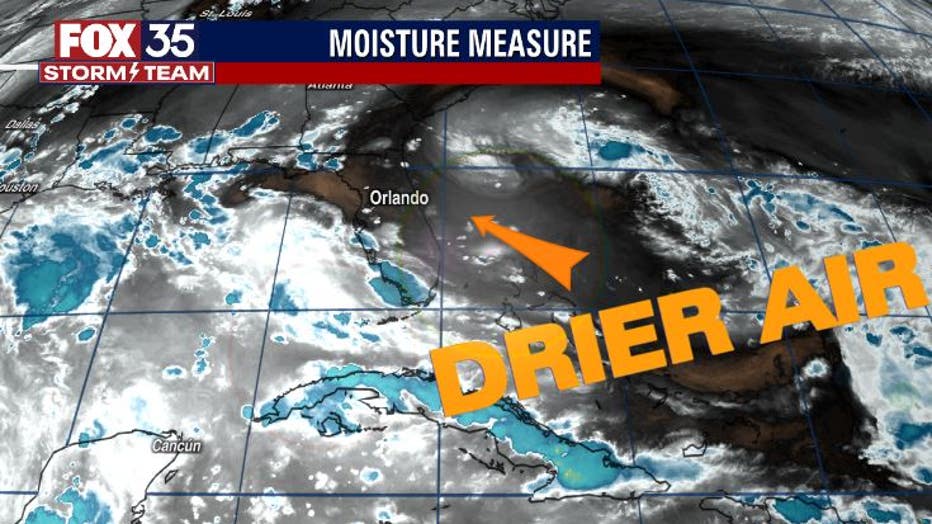 By midweek, tropical moisture will overspread the region again. This will bring an increase in daily showers and storms. Expect a slight increase on Tuesday with a much bigger push arriving by Wednesday and beyond. Locally heavy rain, cloud to ground lightning, and gusty winds can be expected with afternoon storm coverage in the coming days. 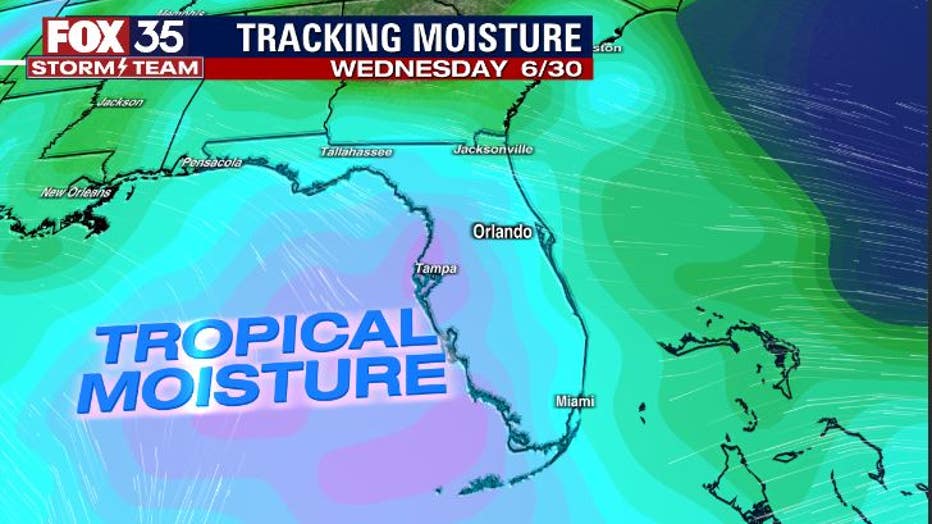