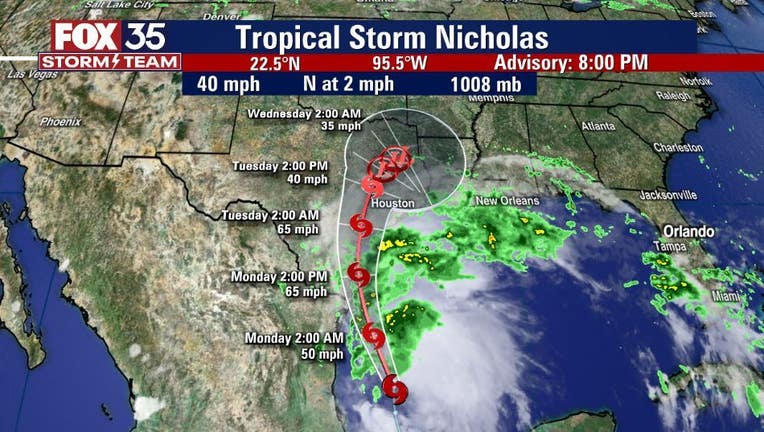 ORLANDO, Fla. - The FOX 35 Storm Team is monitoring five systems across the Atlantic Ocean and the Gulf of Mexico, including newly-formed Tropical Storm Nicholas.

The National Hurricane Center (NHC) said that Tropical Storm Nicholas has formed in the southwestern Gulf of Mexico.

They said that the newly-formed storm is packing maximum sustained winds of 40 mph with higher gusts. Gradual strengthening is expected while Nicholas approaches the northwestern Gulf coast over the next day or so.

On the forecast track, the NHC said that Nicholas is moving north at 2 mph. It will pass near or just offshore the coasts of northeastern Mexico and South Texas on late Monday. Following this, it will approach the south or central Texas coast Monday night or early Tuesday. 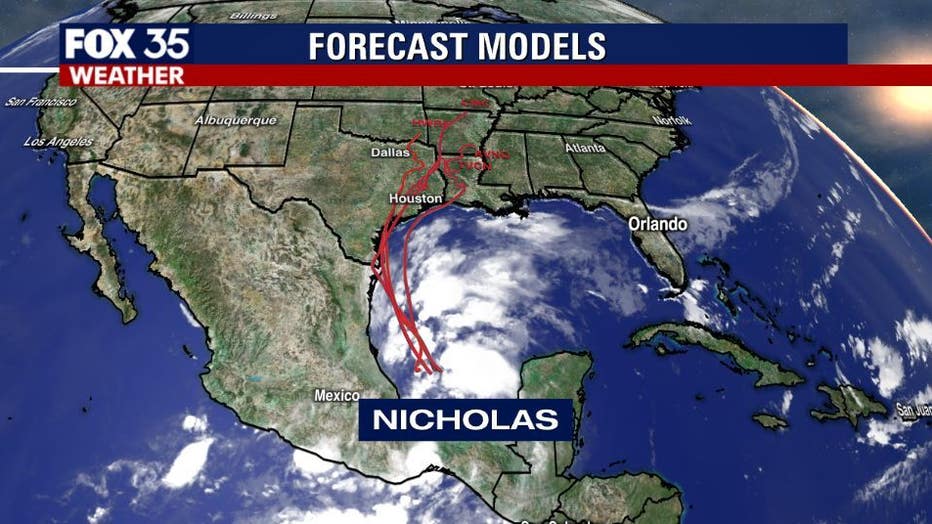 Tropical Storm Warnings are in effect for:

Tropical Storm Watch is in effect for:

Storm Surge Watch is in effect for:

Between five to 15 inches of rain is expected along the coast. 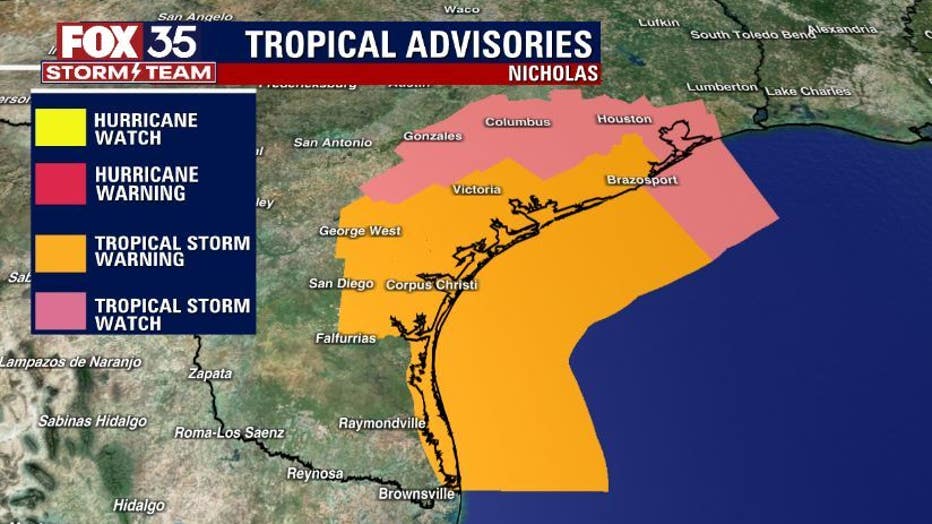 Disorganized showers and thunderstorms in association with a tropical wave near the Cabo Verde Islands have diminished since Sunday morning, the NHC said. Environmental conditions have become unfavorable for development and significant development of this system is no longer expected. Formation chances over the next two to five days are at zero percent.

The NHC said that a non-tropical area of low pressure is located over the far northeastern Atlantic, several hundred miles northeast of the Azores. They said that the system should move south-southeastward towards warmer waters, which could allow for the low to gradually acquire some tropical or subtropical characteristics by the middle of next week. Formation chances are at 20 percent over the next two to five days.

Another tropical wave is forecasted to move off the west coast of Africa in a couple of days, forecasters said. Gradual development of the system is possible thereafter and a tropical depression could form by the middle of the week while it moves westward across the eastern tropical Atlantic. Formation chances stand at 20 percent over the next two days but 60 percent over the next five.

The NHC said that an area of low pressure is expected to form north of the southeastern Bahamas in a few days resulting from the northern end of a tropical wave interacting with an upper-level trough. Gradual development of the system is possible and a tropical depression could form by the middle of the week, several hundred miles southeast of the Carolinas, while moving northwestward across the western Atlantic. Formation chances are at zero percent over the next two days but 50 percent over the next five. 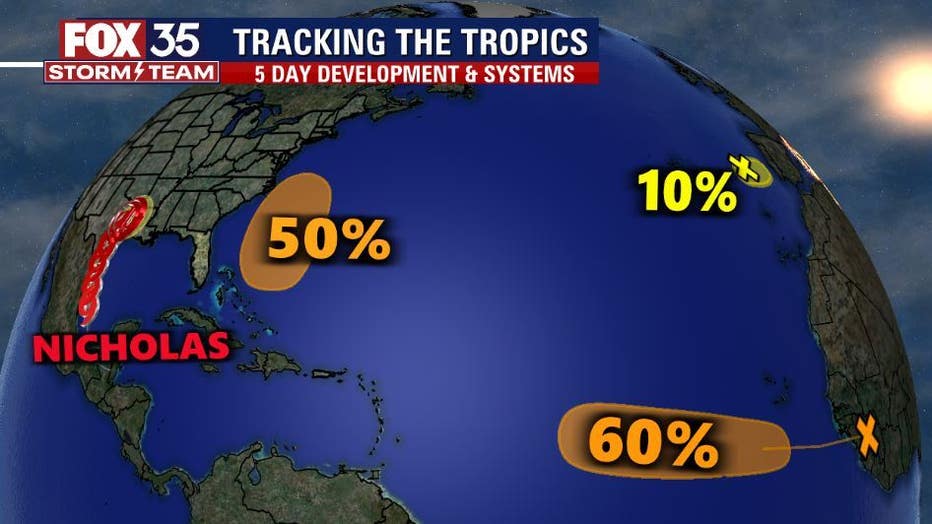