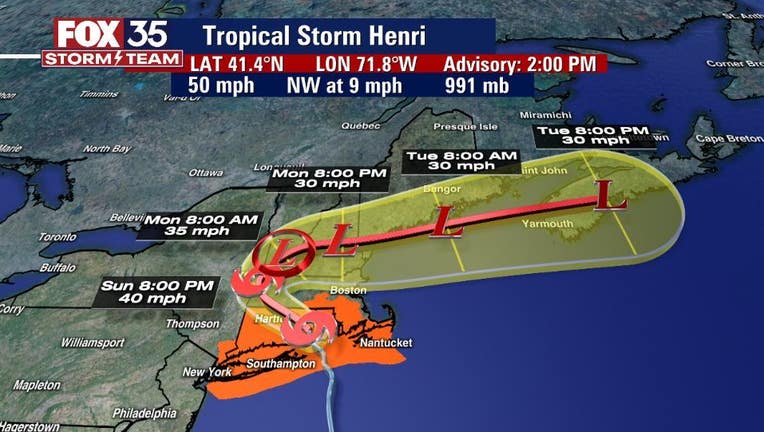 The National Hurricane Center (NHC) said that Henri weakened on Sunday morning, downgrading from a Category 1 hurricane to a tropical storm.

They said that Henri then made landfall along the coast of Rhode Island near Westerly at approximately 12:15 p.m. Sunday. It had maximum sustained winds of 57 mph upon landfall with gusts as powerful as 70 mph. The storm is now said to be moving at 50 mph, slowing down as it moves over Rhode Island.

Between one to four feet of storm surge can be expected in some regions, the NHC said. Meanwhile, rainfall between three to six inches could come down. This may cause considerable flash, urban, and small stream flooding, along with the potential for widespread river flooding. Tornadoes are said to be a possibility too.

An incoming plume of Saharan dust moving off the coast of Africa may continue to keep the tropics quiet into next week but we are also approaching the peak of hurricane season on September 10th.

NOAA says that this year will be an above-average season. They predicted 15 to 21 named storms are possible, with seven to ten becoming hurricanes and three to five of those becoming major hurricanes, meaning Category 3 or higher.