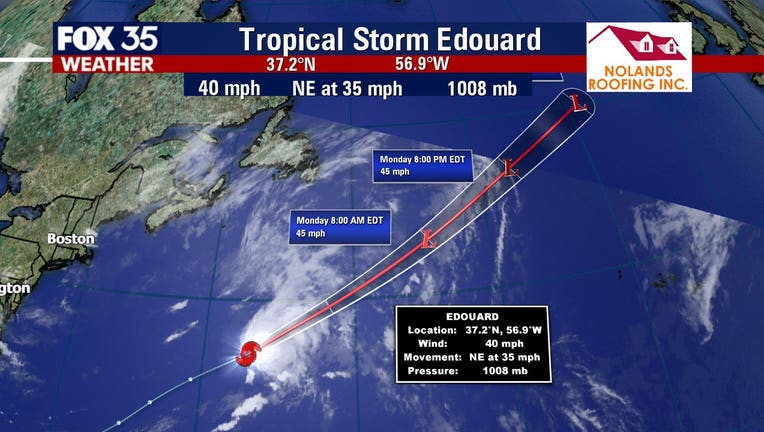 FOX 35 Meteorologist Allison Gargaro said the storm is moving northeastward and picking up speed, moving farther away from Florida.

Tropical Storm Edouard formed in the Atlantic on the Fourth of July.

Gargaro said that Florida is not at risk of impact since it is moving further into the Atlantic, away from the United States.

In the Gulf of Mexico, an area of low pressure will bring high rain chances to Central Florida over the next few days, Gargaro said.

It could potentially form into something once it makes its way into the Atlantic. 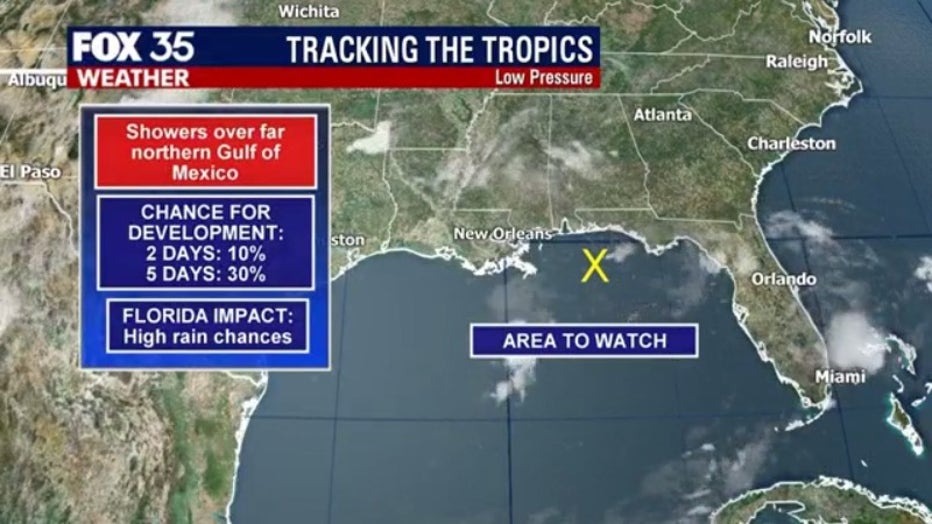 Download the FOX 35 Weather App to track the tropics on your phone, receive severe weather alerts, monitor live radar as storms move through, get the latest forecast reports, and more.