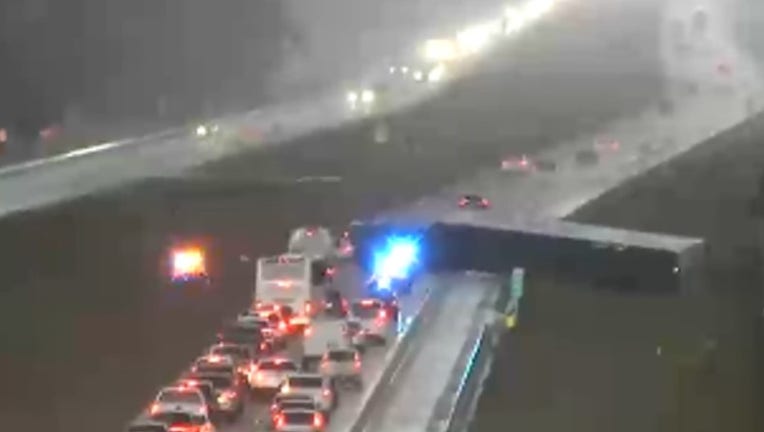 Overturned semi on I-75 in Florida on Sunday. (Florida Department of Transportation)

A powerful system that produced snow and ice to parts of the East also brought severe weather to the Sunshine State.

In Lee County, videos from Fort Myers showed a tornado move through a country club.

Charlotte County officials responded to overturned boats and debris at a marina. They also found damage to several homes but reported no injuries.

The officer said that the storm caused a flipped semi, blocking several lanes. 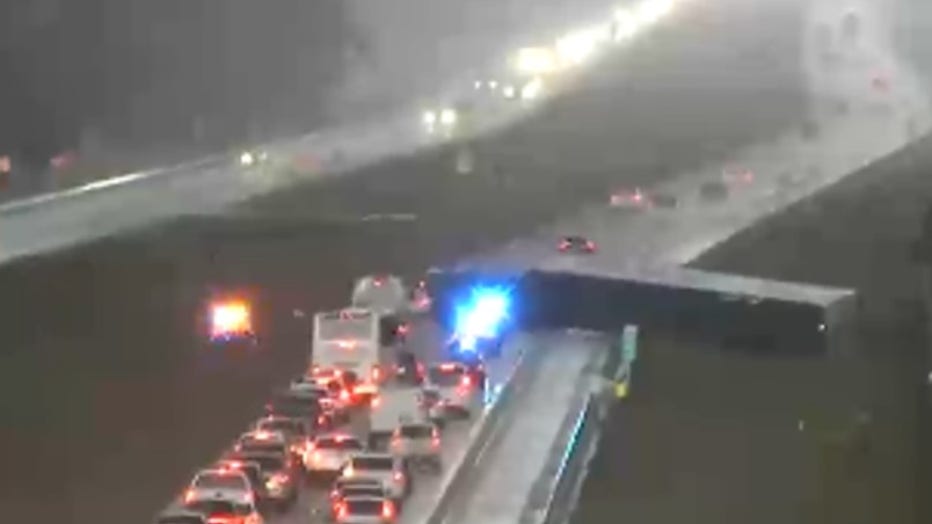 Overturned semi on I-75 in Florida on Sunday. (Florida Department of Transportation)

The driver of the semi only suffered minor injuries.

A tornado was also seen crossing Interstate 41 just after 9 a.m. in Naples.

Waterspouts were also seen off the coast of Southwest Florida.

Damage was reported at several buildings in Iona, Florida, south of Cape Coral.

The National Weather Service is expected to survey damage from across the state later on Sunday.

CHECK FOR UPDATES ON FOXWEATHER.COM