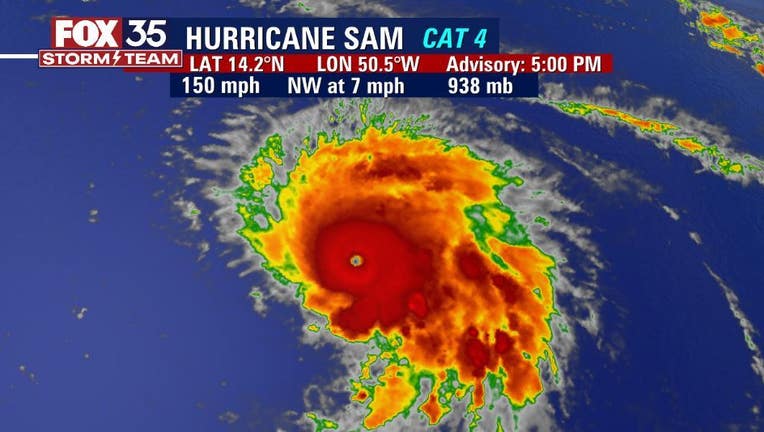 ORLANDO, Fla. - Sam remains a major hurricane, churning in the Atlantic as a Category 4 storm. An incoming cold front could impact the path of this powerful hurricane though, the FOX 35 Storm Team says.

"We have been watching Sam strengthen and intensify over the last 48 hours. It is now a Category 4 hurricane with maximum sustained winds of 150 mph. Looks like it will stay that intensity throughout Sunday and then slowly decrease but not by much," FOX 35 Storm Team Meteorologist Allison Gargaro said. "You can see it will stay a Category 4 hurricane through early Wednesday morning and then by early next week, back down to a Category 3. Either way, this will remain a major hurricane for the next week or so." 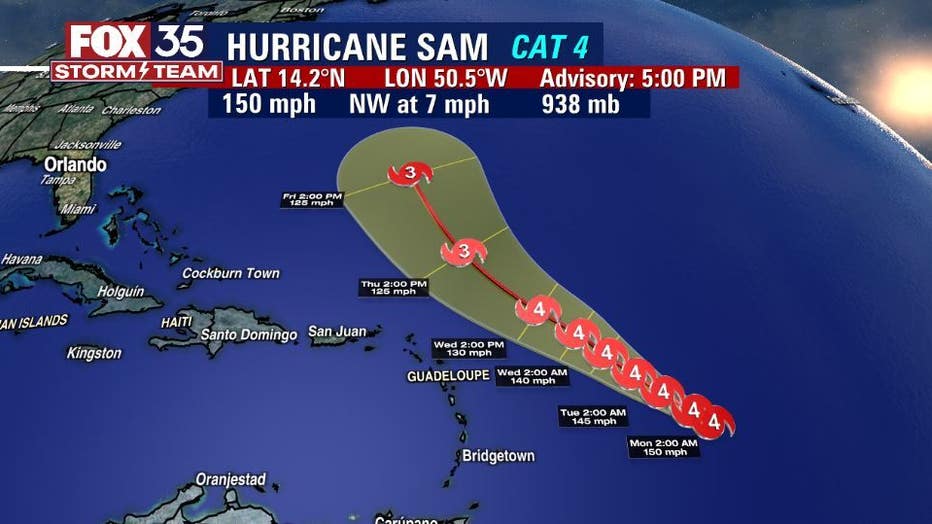 According to the National Hurricane Center (NHC), Sam is located almost 1,000 miles east-southeast of the northern Leeward Islands. It is moving toward the northwest at 7 mph.

Upon looking at the Euro model for Sam, Gargaro noted that "Sam is going to be moving toward the northwest and then moving due north as we head into next week. That’s all thanks to high pressure out to the east. Our saving grace here in the U.S. is actually a cold front off the east coast. So, that’s going to really steer this storm right in between the two and make a similar path to what you just saw on this euro model." 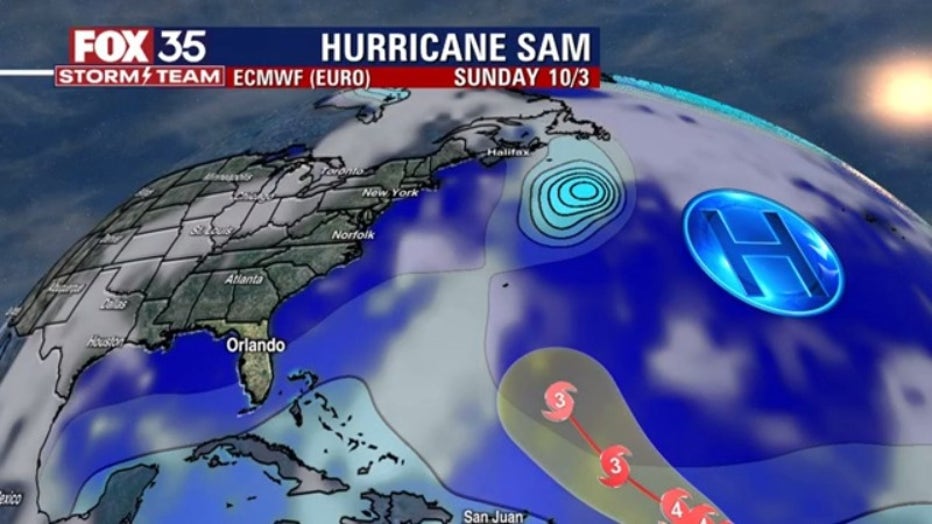 The incoming cold front off the U.S. coast could keep Sam away from land, she explained. However, with the front, Central Florida could see showers on Friday and Saturday with slightly cooler temperatures.

Meanwhile, there are several disturbances that the FOX 35 Storm Team is monitoring in the Atlantic. 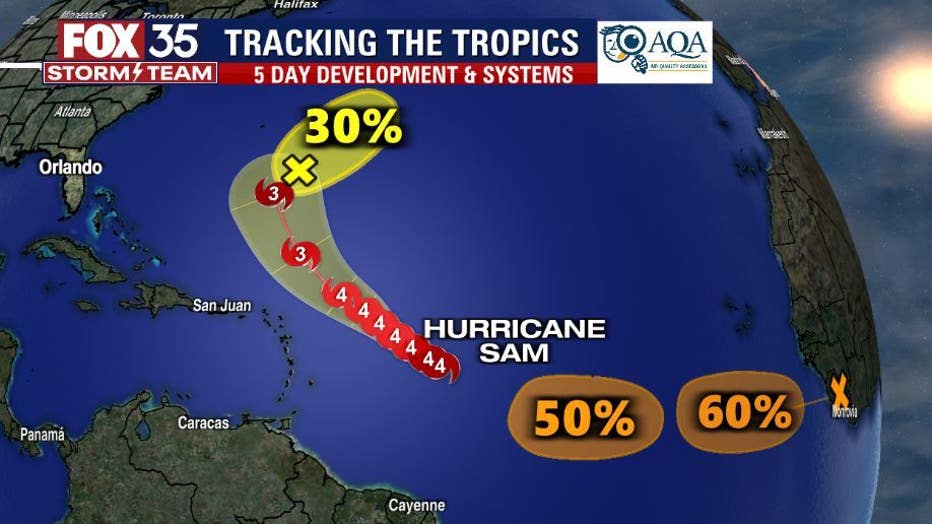 For example, there are showers and thunderstorms associated with the remnants of Peter several hundred miles south-southeast of Bermuda. Upper-level winds appear marginally conducive for some slow development of this disturbance as it moves northeastward, the NHC said. Formation chances are at 20 percent over the next five days.

Then, the NHC said that there is a tropical wave expected to move off the west coast of Africa on Monday. Environmental conditions are forecasted to be conducive for gradual development thereafter and a tropical depression could form by midweek while the system moves west-northwestward. Formation chances are at 60 percent over the next five days. If this becomes a named storm, it will be called ‘Victor.’

Finally, a broad area of low pressure could form over the tropical Atlantic early this week, forecasters said. It will be to the west of the tropical wave coming off the coast of Africa. Environmental conditions could support some development of this disturbance while it moves westward. Formation chances are at 30 percent over the next five days.