Time-lapse showing SkyFOX's view of a sunrise over Tampa Bay and downtown Tampa.

Have you ever wondered why the sun puts on a breathtaking show of colors in the morning and at dusk?

The bountiful hues of reds, oranges and pinks at sunrise and sunset are certainly something worth treasuring each day, and you can thank science for that.

First, you need to understand why the sky is always blue during the day. It’s due to a type of light scattering called Rayleigh scattering, named after Lord John Rayleigh, who first described it in the 1870s.

"There are several types of scattering, but Rayleigh scattering dominates most of the daytime," FOX Weather meteorologist Cody Braud said. "It is solely dependent on the wavelength of the sunlight."

HOW LONG WILL IT TAKE TO REGAIN THE HOUR OF MORNING DAYLIGHT LOST TO DAYLIGHT SAVING TIME?

Looking at an equation for Rayleigh scattering, it is proportional to the inverse of the wavelength. A shorter wavelength will increase the dispersion as the air molecules absorb the sunlight first, followed by scattering.

"The color blue has the shortest wavelength on the visible spectrum scale," Braud said. "During the day, the sun is at its closest point to Earth’s surface wherever you are in the world, light scattering will be at a maximum giving us vibrant blue colors." 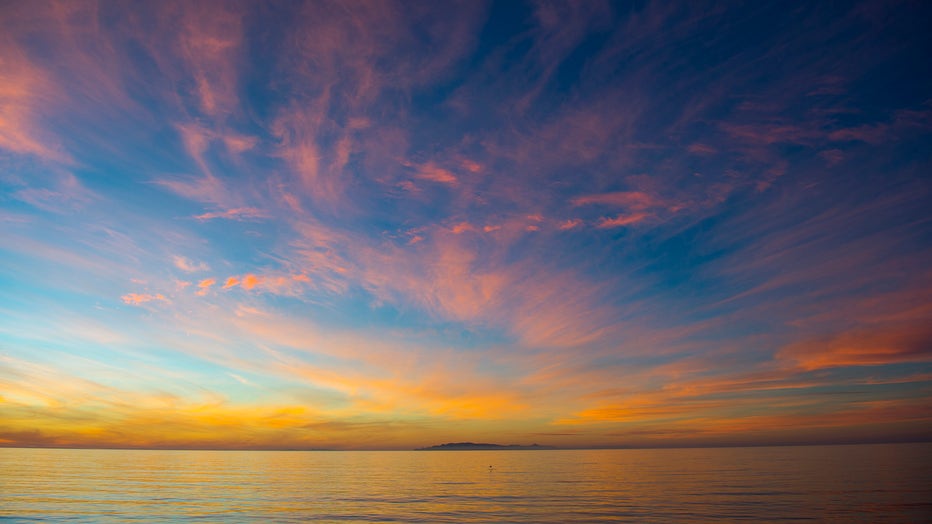 The opposite happens when the sun starts to set – the wavelength of the visible light increases.

"This makes sense because the sun is getting further and further away," Braud said.

And since the color red has a longer wavelength than blue, as the sun gets farther away, more red light is scattered.

While certain clouds won’t make the colors more vibrant, things like dust or other particles in the air will.

"When comparing an aerosol to air molecules, the aerosol is much larger and irregular in shape," Braud said. "This introduces a new type of scattering called Mie scattering."

German physicist Gustav Mie discovered this type of scattering can enhance colors. Instead of scattering equally in all directions, Mie scattering will be the greatest in whatever direction the visible light is coming. 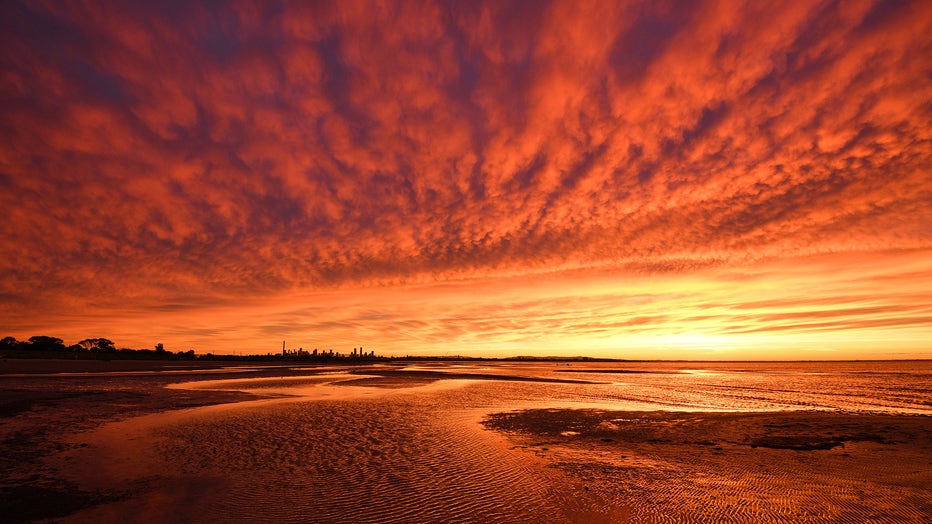 The sunrise is seen ahead of a beach trackwork session at Altona Beach on October 21, 2021 in Melbourne, Australia. (Photo by Vince Caligiuri/Getty Images)

"So as the sun sets and hits all the aerosols, the light scatters the greatest in the direction it was traveling, which would make for very vibrant colors," Braud said.

FOX Weather Sunrise wants to showcase those beautiful sunrise photos from around the country to start your day off right.

Make sure to follow FOX Weather on social media and don't forget to tag us in your sunrise photos or use #FOXWeather.