FOX 35 meteorologist Alison Gargaro gives the latest in the tropics.

ORLANDO, Fla. - Laura, which has been upgraded to a hurricane, is moving across the Gulf of Mexico, getting closer to making landfall along the Texas- Louisana coast as a major hurricane.

Hurricane Laura formed on Tuesday morning. Forecasters expect the system to make landfall as a Category 3 hurricane, making it our first major hurricane of the 2020 Atlantic season. 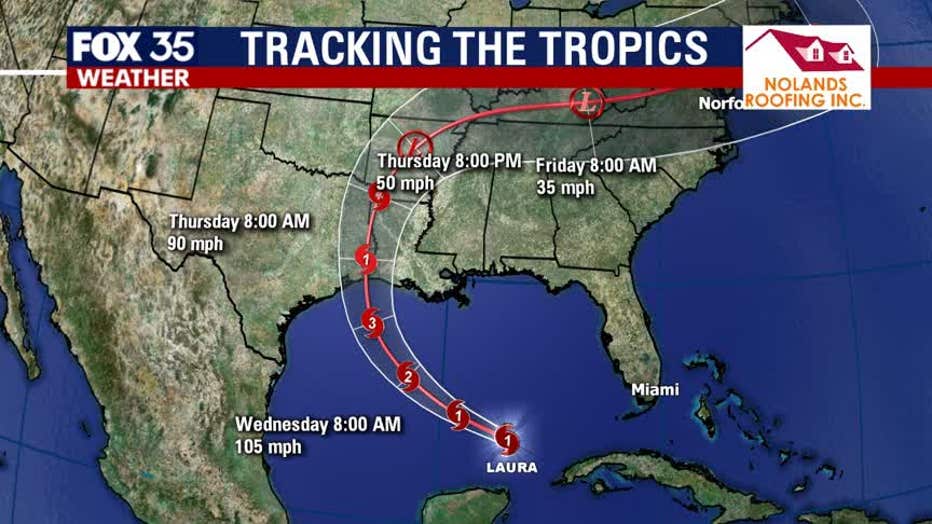 The National Hurricane Center (NHC) said that the system is about 525 miles southeast of Lake Charles, Louisiana. It is moving west-northwest at 16 mph. It will approach the Texas- Louisana coast on Wednesday night, moving inland on Thursday.

They also said that Laura currently has maximum sustained winds of 75 mph with higher gusts. It is expected to strengthen significantly over the next 36 hours, becoming a major hurricane upon landfall. Major hurricanes begin as a Category 3 with 111 mph winds. 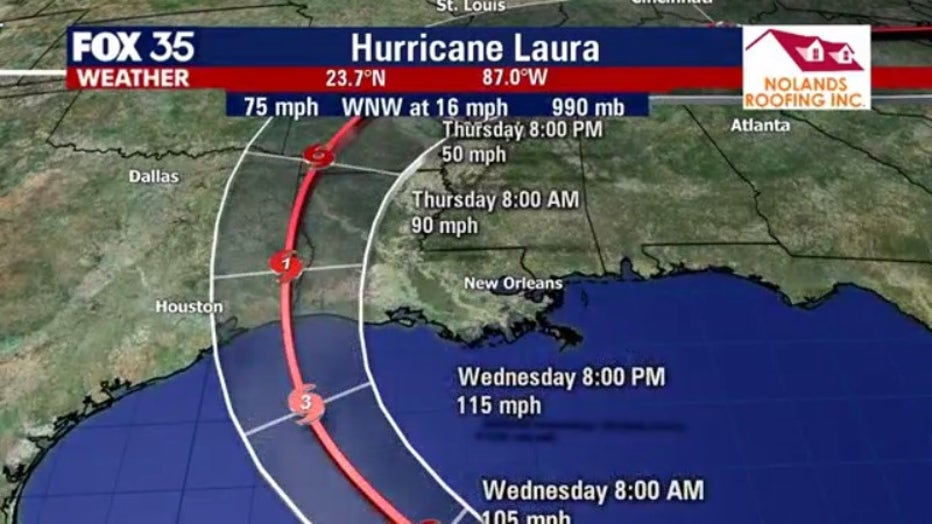 FOX 35 meteorologist Jayme King said that the storm will likely have a devastating effect at the point of landfall. Damaging winds, flooding, and tornadoes are all likely. 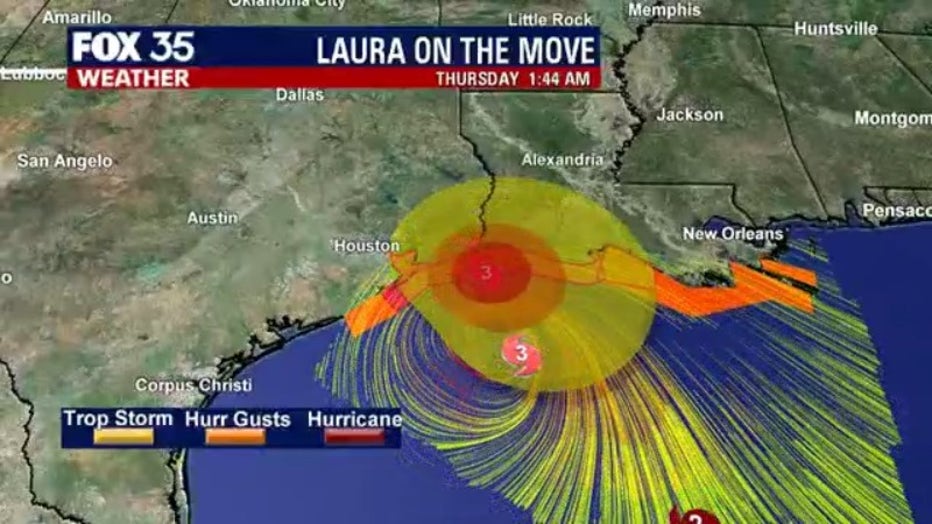 After Laura, the tropics look quiet for at least the next week.

The peak of hurricane season occurs typically on September 10th with a slow decrease in activity as we head into October and November. 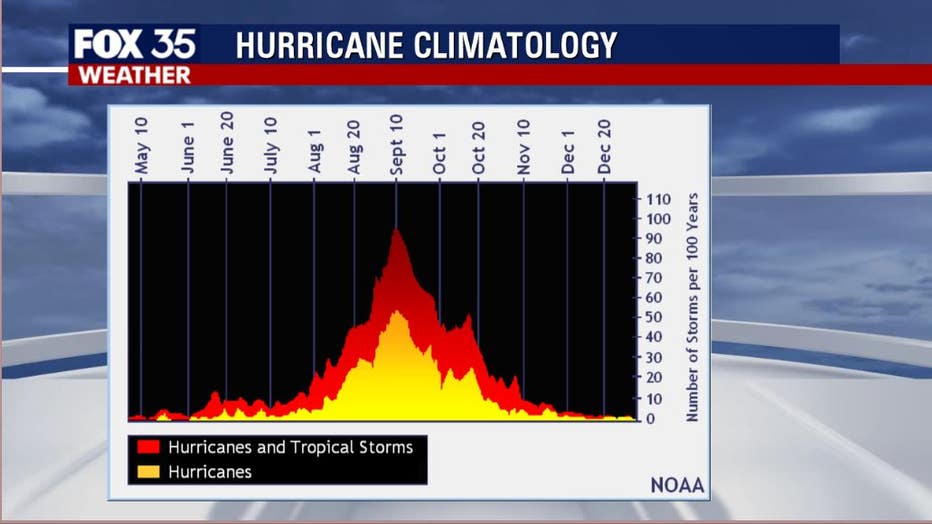 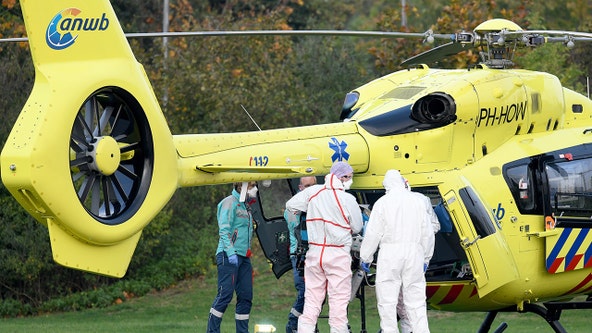