DAYTONA BEACH, Fla. - Strong winds out of the North will make for dangerous conditions at area beaches on Wednesday. 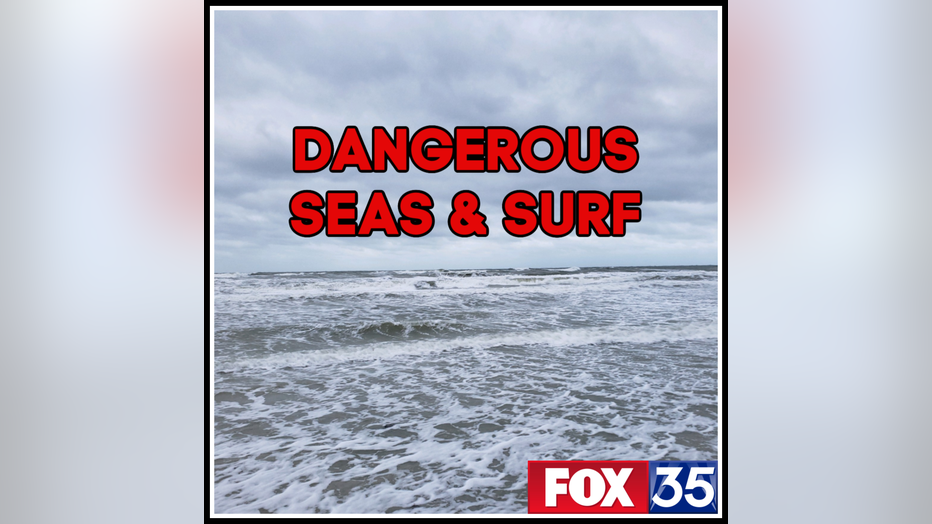 Getting in the water is not advised, from Flagler Beach to Jupiter Inlet.

The National Weather Service has issued a "High Surf Advisory," which is in effect from 7 AM to 10 PM.

Large breaking waves of 5 to 7 feet combining with higher than normal astronomical tides will produce dangerous surf conditions and minor beach erosion around the times of next two high tides.

The normal high temperature for this time of year in Daytona Beach is 77° and 79° in Orlando.

Expect low cloud cover and winds veering to the Northeast through the afternoon.

Sustained winds in Daytona Beach and Melbourne will pick up out of the Northeast around 20mph, with gusts as high as 25mph.

This will allow for some light rain showers to push in from the Atlantic Ocean.