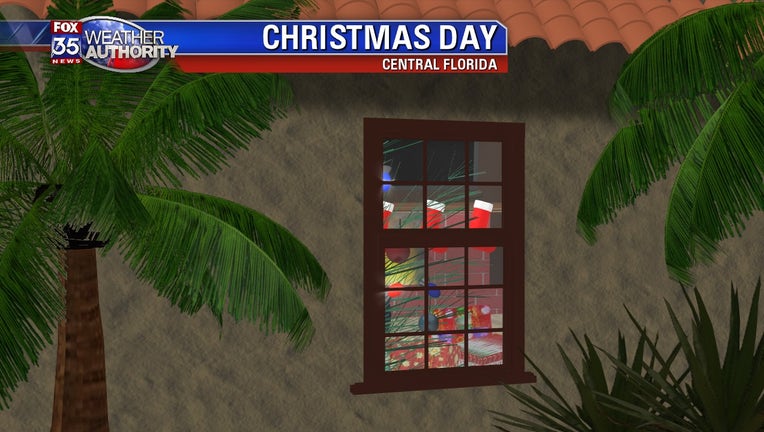 Normals for Orlando on December 25 are a high temperature of 72 and a low of 51.  Typical rainfall for the date averages at 0.08", meaning high likelihood of no rain or a light shower on a typical Christmas Day. 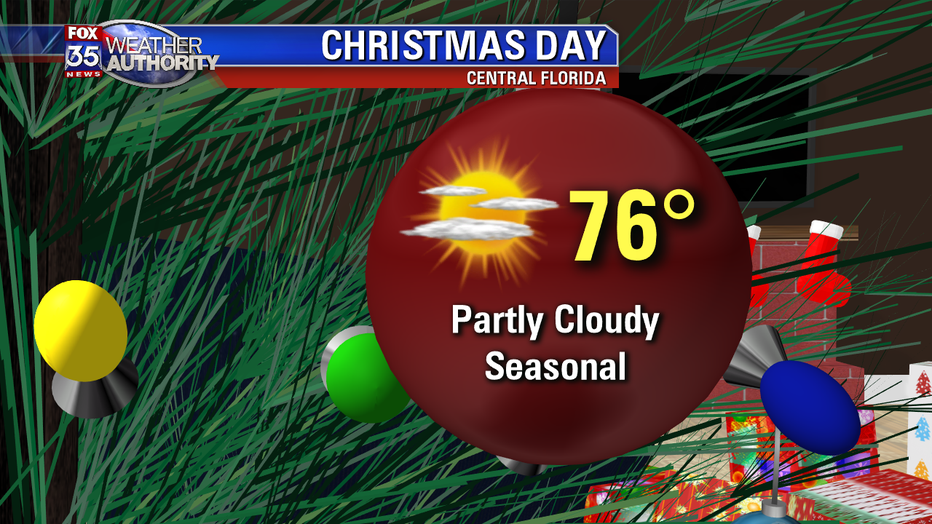 For 2019, our forecast calls for a high of 76 degrees in Orlando on Christmas Day, after starting in the low-mid 60s.  There are some light showers possible on Christmas Day, but most will remain dry.  We'll update this forecast through the next few days.