FOX 35 meteorologist says cooler weather is on the way.

ORLANDO, Fla. - Central Florida will soon have the area's coldest day since March, as another cold front moves toward the state.

An Arctic front will sweep into the south on Tuesday night into early Wednesday morning. The front will bring a few showers on Tuesday afternoon into the late evening. Behind the front on Wednesday, Central Florida will see gusty northerly winds, clouds, and much cooler temperatures. 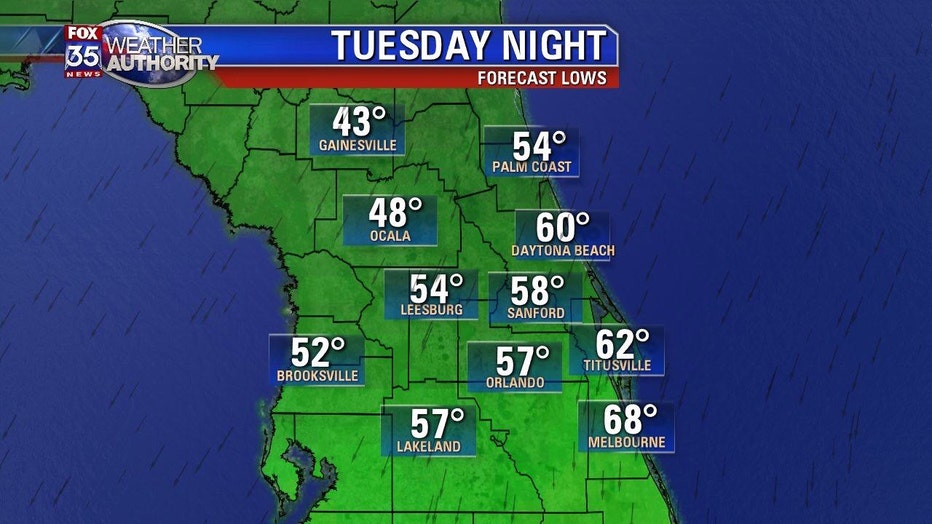 Dozens of November records across the nation are expected to be broken this week, as cities across the nation will see the coldest air of the Fall season so far. Snowflakes could show up as far south as the north Georgia Mountains. And, for the first time since last March, Central Florida will see highs in the 60's. 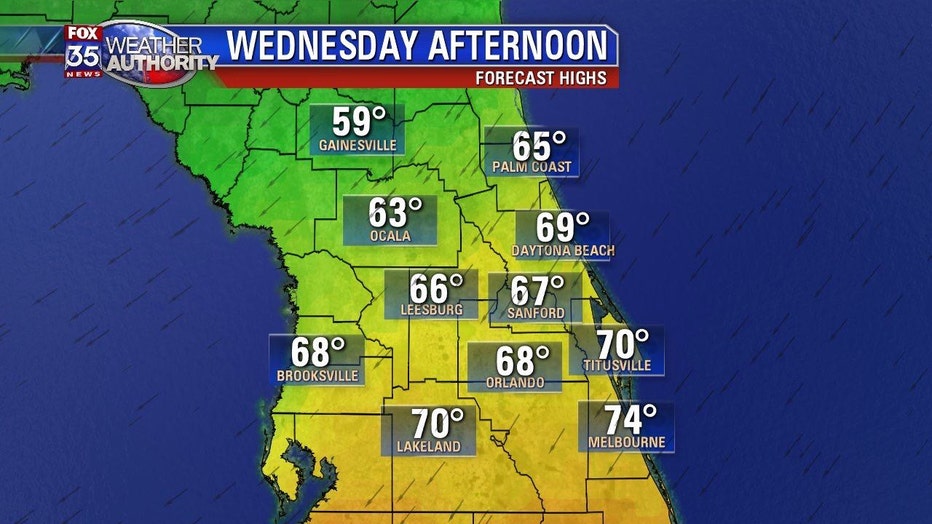 Temperatures will rebound back to the normal by Thursday, with temperatures in the upper 70's. Rain chances will creep back up for the later portion of the week. 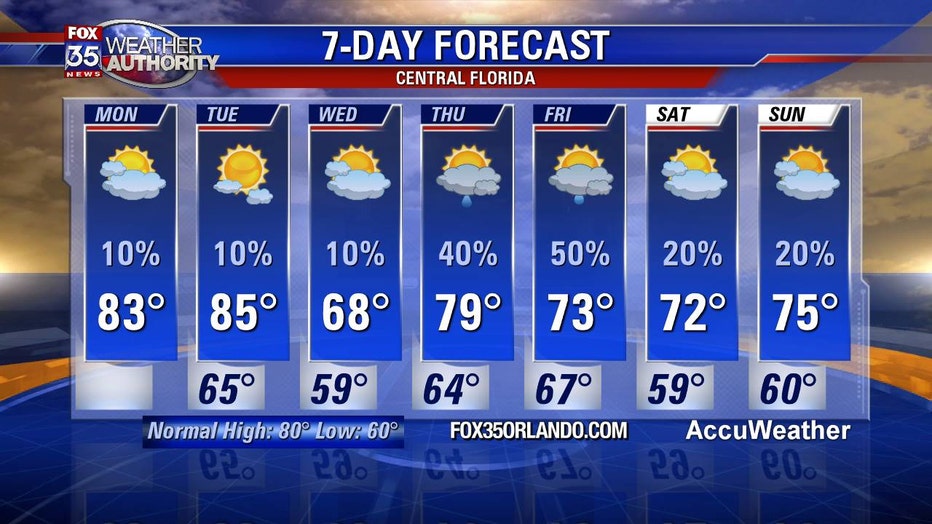 November is typically a quiet month for the tropical Atlantic Ocean. The National Hurricane Center outlook shows no new areas of possible tropical development through the next five days.

Be sure to download the FOX 35 Weather App to know the weather conditions for your area before you leave the house.