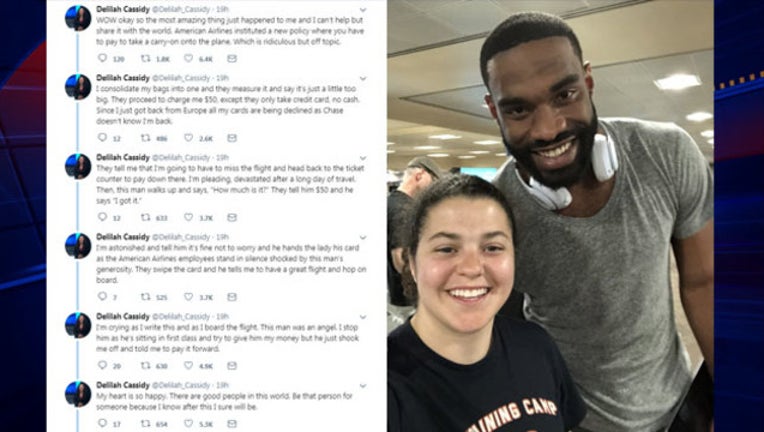 A woman's nightmare at the airport resulted in a happy ending when she was helped out by an "angel" who turned out to be Arizona Cardinals tight end Jermaine Gresham.

Delilah Cassidy recounted her experience on Twitter, saying she was at an airport and had just returned from Europe and when she was unable to pay a $50 carry-on bag service fee on her American Airlines flight, an "angel" stepped in to help her out in a big way.

Cassidy goes on to say that she would've missed her flight had the mystery man not paid the $50 fee for her, and that man turned out to be Cardinals tight end Jermaine Gresham.