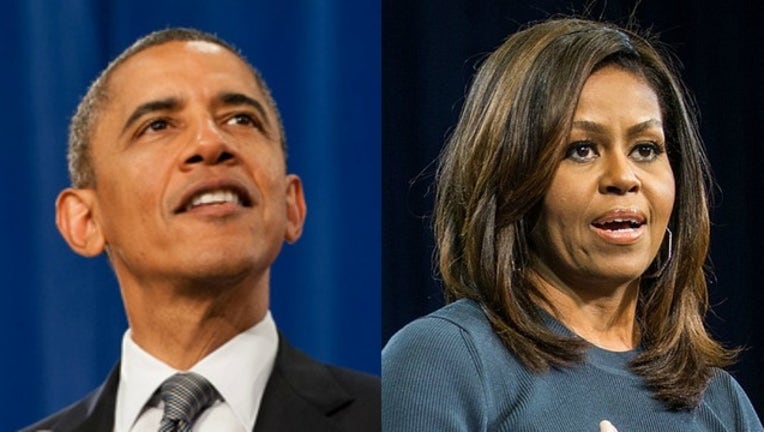 The team will have to make travel arrangements quickly, though, because Obama leaves office in mid-January.

The president tweeted the invitation early Thursday, shortly after the Cubs won their first championship since 1908. They defeated the Cleveland Indians 8-7 in 10 innings.

"It happened: @Cubs win World Series. That's change even this South Sider can believe in. Want to come to the White House before I leave?"

She said she had been rooting for the Cubs since she was a kid, and she was so proud of the win.

White House spokesman Eric Schultz said Obama rooted for the Cubs because he's from Chicago and the White Sox didn't make it to the championship.

Obama congratulated the Cubs at a campaign rally Thursday. He said he had heard someone explain on television that when the Cubs last won the World Series, inventor Thomas Edison was alive and sliced bread wasn't invented yet.

"This is actually, for Cubs fans, the greatest thing since sliced bread," Obama said.