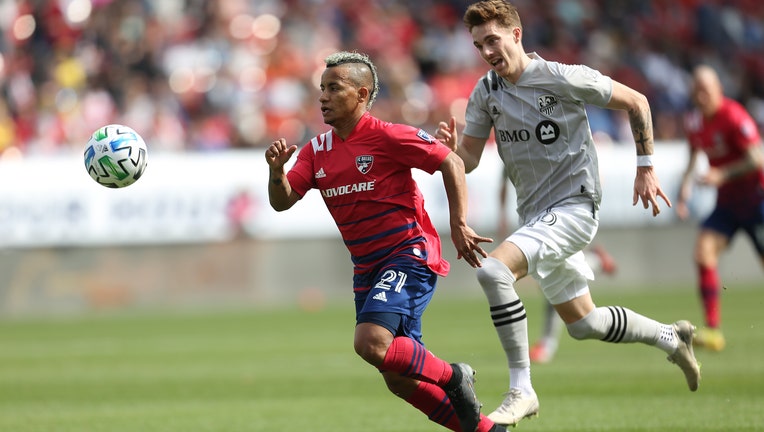 Michael Barrios #21 of FC Dallas controls the ball during an MLS match between FC Dallas and Montreal Impact at Toyota Stadium on March 7, 2020 in Texas City, Texas. (Photo by Omar Vega/Getty Images)

ORLANDO, Fla. - Major League Soccer announced Wednesday the league’s plan to restart the 2020 season with all 26 MLS clubs competing in the MLS is Back Tournament.

Housed in The City Beautiful, the tournament will take place at ESPN Wide World of Sports Complex at Walt Disney World Resort in neighboring Lake Buena Vista beginning July 8. The tournament, which will be played without fans in attendance, provides a compelling way for MLS to resume its 25th season.

Group stage matches will count in the MLS regular season standings and the tournament winner will earn a spot in the 2021 Scotiabank Concacaf Champions League.

“We are pleased to team up with Disney to relaunch the 2020 MLS season and get back to playing soccer,” said MLS Commissioner Don Garber. “The opportunity to have all 26 clubs in a controlled environment enables us to help protect the health of our players, coaches, and staff as we return to play. We also recognize that the death of George Floyd and others has focused our country on issues of racial injustice, inequality, and violence against black men and women. Together with our owners, players, and staff, the League and its Clubs are deeply committed to creating meaningful and impactful programs to address these issues that have plagued our society for far too long."

Major League Soccer has a longstanding relationship with ESPN Wide World of Sports Complex.  The league held its 1998 preseason at the complex and hosted events for the 1998 and 2019 MLS All-Star Games at the facilities.

“Sports have the power to unify and inspire, particularly during challenging times,” said Josh D’Amaro, chairman, Disney Parks, Experiences, and Products. “And we’re looking forward to bringing this exciting sport back to millions of fans while prioritizing the health and well-being of the players, coaches and support staff as well as our cast members.”

MORE NEWS: NASCAR to allow limited number of fans at upcoming races in Florida and Alabama

“We are very excited to have soccer back and for it to be coming to Orlando says a lot about our community and what we are able to accomplish here with Walt Disney World Resorts,” Orlando City CEO Alex Leitão said of the return to play announcement. “Over the last five years, we have continued to show Central Florida as the premier destination for soccer in the U.S. and I am very proud to have the MLS is Back Tournament take place in our city.”