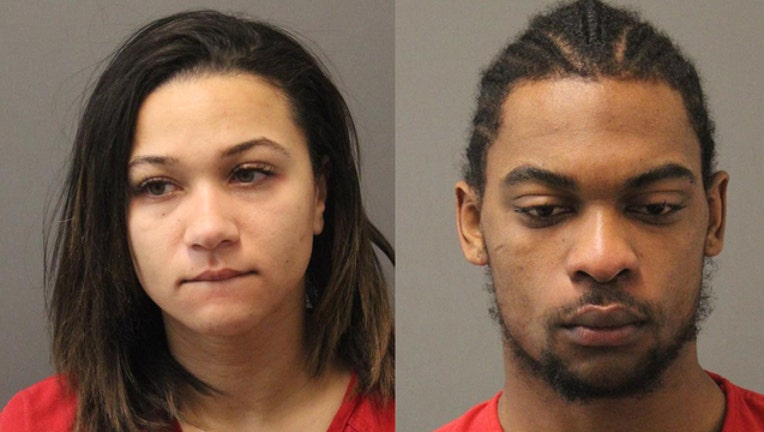 Nicholson is now facing criminal charges after the fight, which happened early Tuesday morning on Exchange Street in Ashburn.

The dramatic video shows the NFL safety pummeling a man in the middle of a street at One Loudoun shopping plaza at around 2 a.m.

Nicholson is seen in the video wearing a red hoodie going after another man in a jean jacket while other people restrain them.

While he fights Nicholson off, the man in the jean jacket stands up, but then Nicholson throws a hard punch and the man falls to the ground.

The Loudoun County sheriff’s office says Nicholson was with 24-year-old Sydney Maggiore when they got into an altercation with another man and woman. The the other man and woman called police and told officers about the attack.

Loudoun County Sheriff's tell FOX 5 the were "not" aware of the video released by TMZ Sports and the witness who took the video did not come forward to authorities.

Loudoun County Sheriff's Department says they are in the process of contacting TMZ to see if there is potentially more video that could assist the investigation.

According to the sheriff’s office, the suspects returned to the area while the investigators were talking to the victim.

Maggiore was denied bond and Nicholson was jailed in lieu of a $2,500 bond.

The victims were taken to a local hospital with non-life-threatening injuries.

It's unclear if there could be additional charges filed. Investigators say the case is still under investigation.

Loudoun County Sheriff's Department is asking that anyone with video or info regarding this incident please contact them.

The Redskins announced Wednesday afternoon that Nicholson was placed on the NFL reserve/non-football injury list, which will end his season.