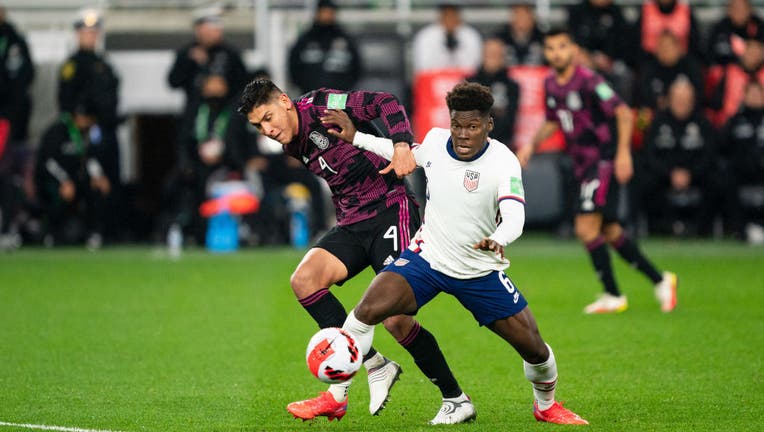 CINCINNATI, OH - NOVEMBER 12: Edson Alvarez #4 of Mexico battles for the ball with Yunus Musah #6 of the United States during a game between Mexico and USMNT at TQL Stadium on November 12, 2021 in Cincinnati, Ohio. (Photo by John Todd/ISI Photos/Gett

The U.S. is tied for second place with Mexico and still needs five points to clinch.

"If I could have my wish, we would clinch at home. We’d have that moment. The historic moment happens here on our field, on our turf, on our pitch," Orlando Sports Commission president Jason Siegel told FOX 35 Sports.

The top three CONCACAF teams receive automatic berths to the World Cup. The fourth-place team will move on to an intercontinental playoff this summer, for the opportunity to play in Qatar.

So far, Canada is the only squad that has secured a spot.

Four years ago, the U.S. was on the outside looking in, as they failed to qualify for the World Cup.

He calls that moment devastating.

But the team has the chance to flip the script.

The U.S. have historically played well at Exploria Stadium. They have never lost.

They hope to keep with the trend as they host Panama Sunday at 7 p.m.